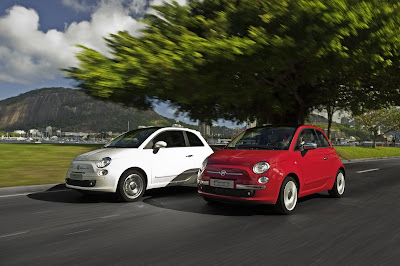 Here is an unofficial list of reported new US Fiat dealers. This was gathered from various sources and the internet, ie., online newspapers, dealership Facebook pages, anonymous sources, etc.

This is published in the interest to keep people informed and up to date, however, it must be stressed that this is all preliminary and there are contracts and agreements that need to be signed, so if you call the dealership, remember, it's not official until it's official.

Also, don't expect a lot of information, because once the contract is signed, there is a lot of training, hiring and building that needs to be done, so bear that in mind when you call. There isn't a trailer full of 500s parked out back, yet...

Remember, this is a partial list, I update it as I find more dealers. In the meantime, this is what I've found so far:

I hope this IS a partial list and that more will be on that list as I don't see any from Oregon or Washington on the list yet and I know they were looking at 2 for Washington, Seattle and Tacoma, I'll be happy with just one dealer to start with in this area.

Little Rock Chrysler Dodge Jeep will be the Fiat dealer for Arkansas.

I called Cardinal Chrysler in Louisville, KY. Their sales manager confirmed that they were selected to be a Fiat franchisee earlier this week. He expected to be selling 500's in the first quarter of 2011.

Yes, this is in no way complete. I'm adding dealers as I find them.

Of course, if a dealer wants to help me out and contact ME, that would be great;)

Thank you to the dealers that have.

I'm sure there is someone up where you are, there are already a few folks that have reserved a Prima Edizione in your area.

There's a dealer called NW chrysler dodge jeep or something of the sort in Oregon, and their fb has a post saying they were informed Fiat USA is looking for 2 dealers between tacoma and sacramento.

some news from our friends at gq!

Looks Like Colorado Dealer will be Colorado Chrysler Jeep.

Kelly automotive group in Emmaus, PA will be a FIAT dealer

When will more dealerships be announced?! Any news for NJ yet? :)

Tom O'Brien Chrysler Jeep Dodge-Greenwood has been approved for Indianapolis, IN.

Yeah I can't believe this is anything but a partial list, 1 dealer in all of California listed? 1??? But yet 3 in Penn...

Anonymous said...
"Yeah I can't believe this is anything but a partial list, 1 dealer in all of California listed? 1??? But yet 3 in Penn..."

Please remember this is a PARTIAL list. I am adding dealers as I, and others, find them.

Of course there will be an announcement with All the dealers chosen, but while we're waiting, this partial list will have to do.

It definitely keeps you on the edge of your seat with anticipation!

I can confirm we will be a Fiat dealer in
Costa Mesa, CA. The name will be OC Fiat.
I am very excited about joining the Fiat family. We will have a landing page (www.ocfiat.com) up next week with updated info as the process moves along towards opening.

Regarding the question above, we will NOT be charging over MSRP for the Prima Edizione or any model for that matter.

Anonymous said...
"I can confirm we will be a Fiat dealer in
Costa Mesa, CA. The name will be OC Fiat.
I am very excited about joining the Fiat family. We will have a landing page (www.ocfiat.com) up next week with updated info as the process moves along towards opening.

Regarding the question above, we will NOT be charging over MSRP for the Prima Edizione or any model for that matter.

Thanks for writing in. I'll get that link to your new site up next week.

Rairdon Auto Group has been selected in Seattle Washington they also have a website up already and will be updating it with news of the new store www.seattlefiat.com and www.fiatofseattle.com

Family Chrysler Jeep Dodge in Philadelphia has not been officially named as a Fiat dealer at this point. According to our ownership it may be some time before we have confirmation. In the meantime it's great to see all the enthusiasm generated by this announcement.
Jason
Internet Manager
Family Chrysler Jeep dodge

There was a writeup on the 2 dealers chosen on Long Island. The Long Island Newsday said there will be a dealer in Manhattan.

Has anyone heard of any dealers for the Atlanta, GA area?

Has anyone heard about a dealership in Lexington, Ky. For Fiat.

I called a local dealer in the San Francisco-Bay Area and spoke with someone at Putnam Chrysler in Daly City (approx 5 miles south of SF) and they said they expected to become one because of some previous agreement. I checked for a Putnam Fiat website and there it was. www.putnamfiatalfaromeo.com
So I believe they will be a dealer too because they are taking info on people interested in the 500. I'm waiting to see where I'm getting my #392. Ciao!
Ken C.- Concord, CA

Criswell Chrysler Dodge Jeep GEM in
Gaithersburg, Md was awarded a Fiat
dealer on the 28th of October

Kelly Jeep Chrysler in Lynnfield Ma has been selected to be a The Boston North Fiat dealer they will be located in Danvers on route 114 under the name Kelly Fiat kellyfiat.com to come soon.

I confirmed today with the Sales Manager that Baxter Chrysler, Jeep, Dodge in Omaha, Nebraska has been selected. The management team and staff were told last week. Their website is: www.baxterchryslerjeepdodge.net

Dodge Chrysler Jeep of Winter Haven in Winter Haven, Florida has been awarded a Fiat franchise.

I've got a few updates for the dealer list tomorrow (Friday). Hang tight!

Thanks to everyone writing in.

This is killing me! I've seen a few press releases mentioning Maine as one of the states where Chrysler has awarded Fiat dealerships, but have no idea which one, despite a few calls to several dealerships in the area. I know, I know: "Patience grasshopper."

Laura in New England said...
This is killing me! I've seen a few press releases mentioning Maine as one of the states where Chrysler has awarded Fiat dealerships, but have no idea which one, despite a few calls to several dealerships in the area. I know, I know: "Patience grasshopper."

A couple of things are going on.

One is Fiat asked all the dealers to sit tight with the announcements. I know some aren't, but you can't blame them, It is a staggering amount of money to come up with, especially in this economy. They want to get the word out ASAP.

Once the lawyers are all done with the agreements, zoning and building permits, etc., have to be pursued. Another time consuming process. This stuff all has to be finalized before the banners are broken out.

The first round of dealers were picked but there are more coming, PLUS maybe some none Chrysler dealers.

I'm in the same boat as you, there are some dealers around me, but none would commit themselves. None took me up on my offer putting there name up here (free advertising) despite the 50,000 hits I had in the last 15 days.

Oops, should be "their name" not "there name". I've got to fire the proof reader!

Oh I know how complicated this is. I read your post on that. In fact, I read your blog quasi-religiously, sometimes (often?) twice a day. Come to think of it, more. I'm afraid I may account for a high number of the hits you've gotten in the past 15 days!!! Thanks for all the posts...

I'm glad there's at least one other person eagerly waiting for a Maine dealership. I was disappointed when I called Lee Dodge in Westbrook, the person who answered said it wasn't going to be them. That's surprising, considering the positive attitude here:
http://www.autoshippingnetwork.com/blog/2010/09/07/dealers-see-fiat-profits-but-when/
Jolly John's is in ownership transition, don't know if they were in a position to make a proposal. There's plenty of other Dodge/Chrysler dealerships in Maine, but I don't know if any qualify as "greater Portland area."
-TR

Have to admit I am a bit concerned about the fact that the Seattle Dealer's website states that "the Fiat 500 will start at a recommended retail price of $22,990"

That is much higher than Chris's estimate of a starting price just under $16,000.

Please add Olathe Dodge Chrysler Jeep as a Fiat Dealer. The are in Olathe, Kansas (as suburb of Kansas City). There website is: www.olathedodgechryslerjeep.net

I am pleased to announce that Spring Chrysler Jeep Dodge in Spring Texas will be selliing the Fiat 500 under the name Northside Fiat in The Woodlands Texas just north of our Spring Location. If anyone would like to receive information about the 500 as it comes in, please email me at sellmeafiat500@gmail.com

Northside Fiat has opened our website to everyone. Please visit us at www.houstonnorthsidefiat.com
We are very excited to be a part of Fiat and look forward to assisting you.

Our website is up and running and for anyone in the Houston area that would like to design a car, please go to www.northsidefiat.com , design and then email it to a friend at frank.smario@northsidefiat.com and I will do my best to have it built in the first batch ordered! There is no obligation to buy, it will help us to build and order the 500's the way our customers like them.

Thank you for any input and enjoy the holiday season!