How would you like your Fiat 500, mild or wild?

The Fiat 500 is a great base to start modifying. Graphics, paint, suspension, brakes, engines, you name it, there are a lot of ways to change and personalize your 500. Here are a few YouTube videos to give you an idea of what can be done.

(Note to folks at work: Some videos have loud music;) 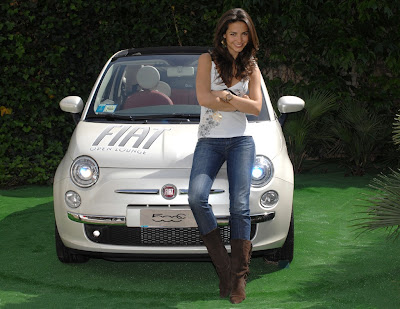 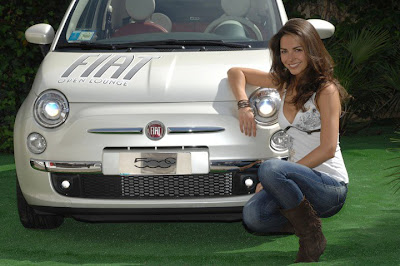 On May 20, 2010 Fiat opened a new season of Open Lounges. Open Lounges are popular promotional events that are big parties, open to everyone. The guest of honor last week was the beautiful Laura Barriales, a very popular model/actress in Italy.

The event was held in Milano, at the Executive Lounge in Via De Tocqueville 3. Below I've put together some pictures of the event courtesy of the Fiat's Open Lounge page on Facebook.
Click here to see more pictures of this great event. Join their Facebook page to keep up on the latest events and if you get a chance to attend one, do so! 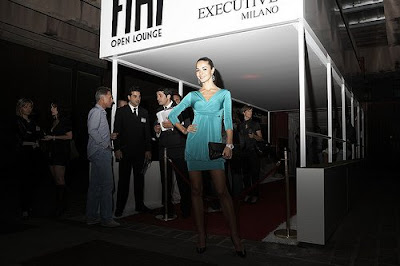 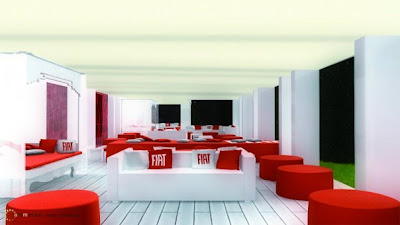 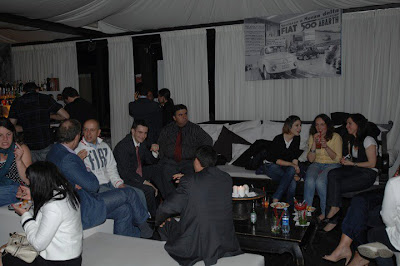 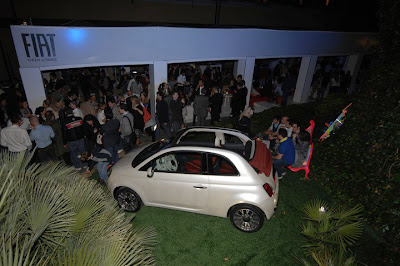 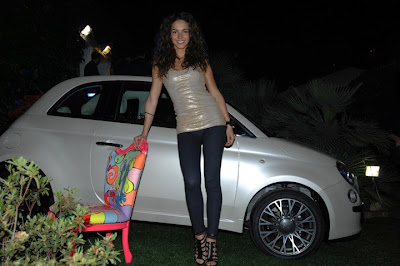 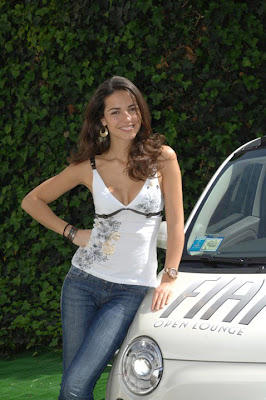 Source: Fiat Open Lounge on Facebook
Posted by Fiat500USA.com at 9:33 AM No comments: 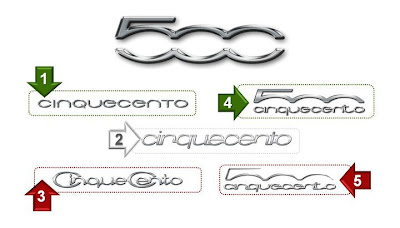 In keeping with the 500's motto of a car "For the people, by the people", Fiat USA is taking a vote on what name-badge to use on the new US Fiat 500. Jump on over to Fiat USA's Facebook page and vote while there is still time!

Here's a short cut to the vote.

Looking back at the Fiat 131/Brava 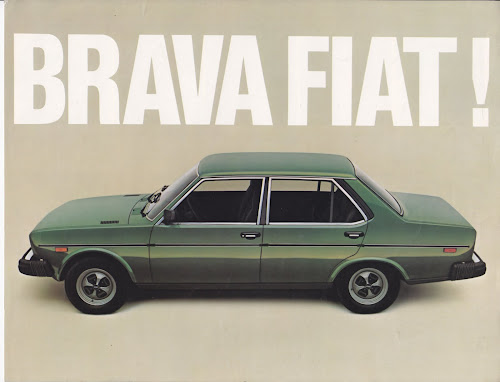 There is a story on the Internet of a 1980 Fiat Brava with 500,000 miles and still going strong. You can read about it here. Owner Gil Cormaci has racked up that impressive number by making a 150 mile daily commute for, no doubt, quite a few years. The car still has original paint and engine.

In celebration of Gil Cormaci's accomplishment, let's take a look at the Fiat Brava of old.


Blast from the past: 1980 Fiat Brava commercial

The Brava was an upgraded version of the Fiat 131 Mirafiori, and was sold in the US from 1978 to 1982 . The 131 Mirafiori was named to honor Fiat's Mirafiori factory on the outskirts of Torino, Italy. Mirafiori translates to wonderful flower in Italian. 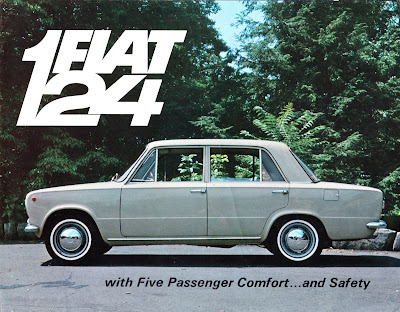 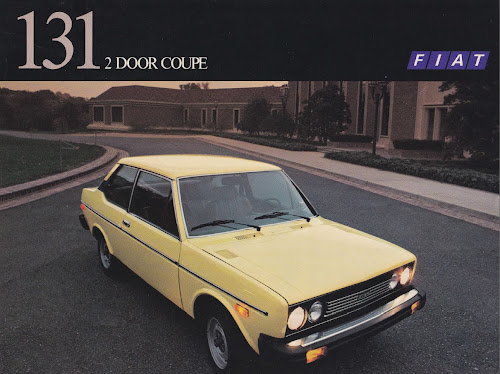 Like the Fiat 124, the 131 was a conventional rear wheel drive sedan. It offered a conventional layout but upgraded with the latest engineering, design and safety features of the time.


Popular Fiat commercial from the 1970's.

Its twin overhead cam engine, 5 speed gear box and a brake proportioning valve controlled by the ride height were extremely rare features on cars back then, regardless of cost.


Safety is taken very seriously at Fiat. In the above video you can see crash testing of various 1970's Fiat models. Since the 1960's, Fiat has played a leading role in safety research and testing. By the late 1960's all Fiat passenger car bodies were able to maintain a minimum crash survival space for their occupants in any impact situation at any speed up to 30mph. This was quite an impressive feat back then. A couple of things to note in the above film. One is that besides controlled tests inside a crash test facility, you'll see cars driven into each other. Fiat developed this test in the 1960's and was unique in the industry by having the 2 cars driven by remote control from above by a helicopter.* 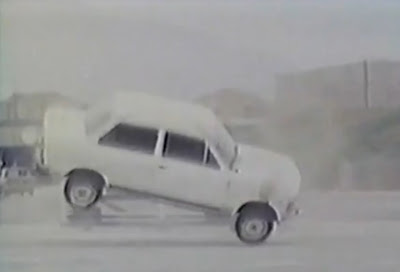 
Later, the tests were modified by having the cars towed and then released to crash into each other. These types of crash tests were better able to reproduce real life conditions, especially for the time era. Another thing to look for is the Fiat 128 Rally at the end of the film being catapulted into a rollover. Compare that to the popular Mercedes Benz commercial being played today. Seems the results are similar! The Fiat 131 benefited by this research and besides having a body that featured energy absorbing front and rear sections, offered rear seat shoulder harnesses and most notably, a gas tank tucked behind the rear seat and out of an impact zone. Again, features very uncommon, especially in America. 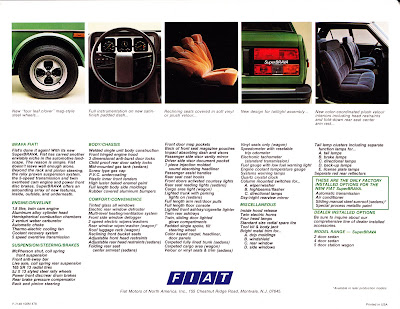 In Europe, during the 1978 model year, the 131 underwent a face lift and name change. This new, upgraded car was called the SuperMirafiori and, in the US, became first known as the SuperBrava and then just Brava. This new version offered an upgraded interior and slightly revised exterior looks. Exterior changes included a new hood, trunk lid, redesigned grille, taillights, gas cap, C-pillar air extractors and new wheels. Eventually a small chin spoiler was also added. 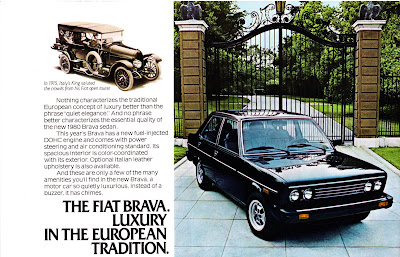 The Fiat Brava was quite an elegant looking small sedan back in the late 70's, early 80's


The Brava was sold in America until Fiat withdrew from the market in 1982. In Europe, the car continued to be sold until 1984. Interestingly, Fiat sold the 131 to other companies as Complete Knock Down Kits (CKD) and is still in production in Ethiopia by the Holland Car Co. While we in the US only received the 131/Brava, there were a couple of Euro versions that are worth looking at. First is the 131 Abarth Rally. This version was developed specifically for rallying with 400 homologated for sale. 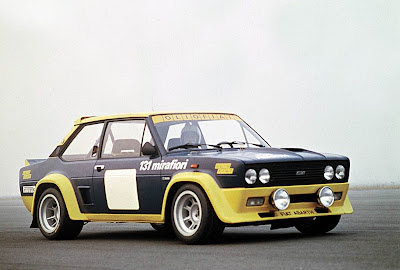 Fiat had Bertone modify the body with wheel arch extensions, front air dam and spoilers on both the rear deck and roof. Because of the strength of the 131 body, it was determined that the car could be lightened without any detrimental effects. Through extensive use of light alloys and plastics, the weight was cut by 132lbs (60kg). An interesting fact is 75% of the 131 remained unchanged including the front suspension and steering.** 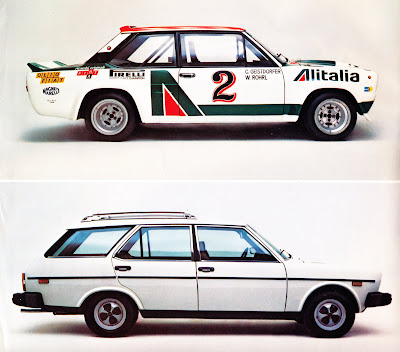 A clever new multi-linked rear suspension was fitted along with, for the first time on a production car, 50 series Pirelli P7 ultra high performance tires. 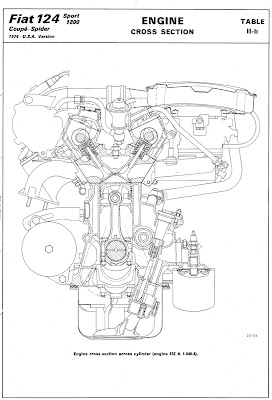 US version of the Fiat 132 engine, first used in the 124 Sports then in the US 131. The first affordable, mass produced twin overhead cam engine, by 1979 over 1 million of these engines were produced.* Fiat's gift to car enthusiasts everywhere.

Aurelio Lampredi, former Ferrari engine designer, in charge of Fiat engines and head of Abarth in the 1970's, designed a new 4 valve cylinder head for his twin cam engine, now at a capacity of 1995 cc. Inlet valves were 34mm and exhaust were 28mm at in included angle of 46 degrees (2 valve twin cams have a 66 degree included angle). The street version equipped with a Weber 34 ADF carburetor produced 140hp @ 6400 rpm/130lbs.ft @ 3800 rpm. For competition use, Kugelfischer mechanical fuel injection was fitted and power went to 215hp @ 7000 rpm/166lbs.ft @ 5600rpm. There was also a supercharged version with 285hp. 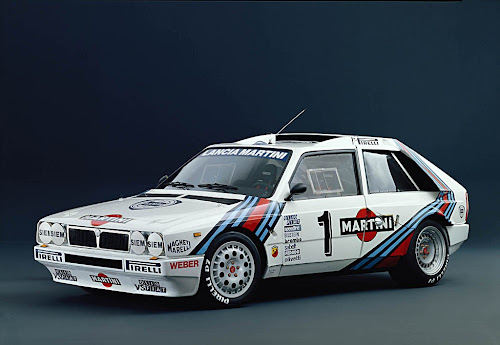 Side note: Over the years, this 16 valve engine, installed in various forms and cars, went on to win 10 World Rally Championships. Ultimately, in 1985 a turbocharged/supercharged version was installed in the legendary Lancia S4. This 1.8 liter engine has been reported to produce upward of 550-700hp. 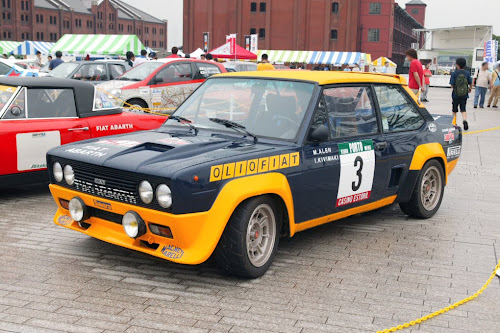 
Tribute to the World Champion


The 131 Abarth was capable of brutal performance and went on to win numerous races, winning the World Rally Championships in 1977, 1978 and 1980. 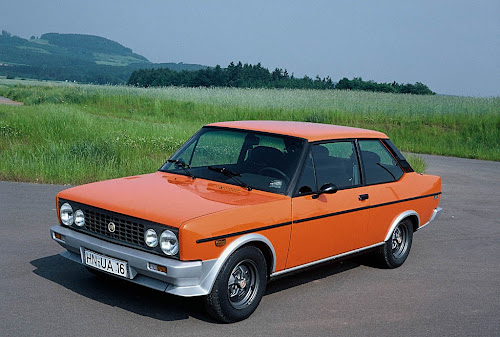 Another interesting version of the 131/Brava is the European only 131 Racing. This car sported a lowered, stiffer suspension and exterior changes such as a new grille, spoiler and wheel arch flares. The 131 Racing was not a race car but a good sports sedan. The stiffer suspension addressed the only real criticism of the 131, understeer. When Fiat designed the 131, a deliberate decision was made to endow this family car with more underesteer than the outgoing 124 sedan. Always conscious of its social responsibility, Fiat felt it was safer for the average driver that way. Oversteer at the limit or upon trailing throttle requires arguably more skill than the average driver possesses. However, this understeer dulled some of the nimbleness of the previous car and many road testers commented on it. The 131 Racing addressed this characteristic. Paul Frère, Le Mans winning race driver and Road&Track magazine correspondent tested the car saying: "I found it rather pleasant and fast road car for a contemplated moderate price: perhaps a car for BMW 2002 enthusiasts who can't afford the current 320. Suspension is on the stiff side, but the car handles quite well..."*****


Looking back the 131/Brava is not a bad way to commute even today. Hats off to Gil Cormaci for reminding us how cool the 131/Brava was. I'll take mine with a set of fender flares and 10inch wide rear wheels! 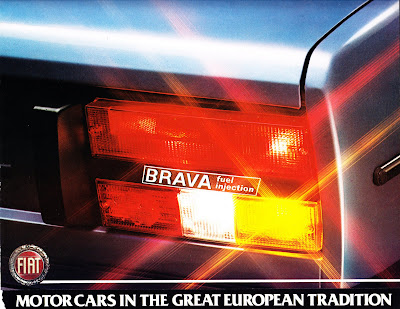 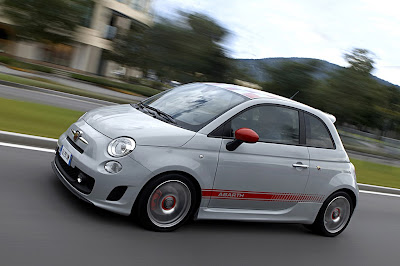 Here are a few Abarth videos to get your blood racing... 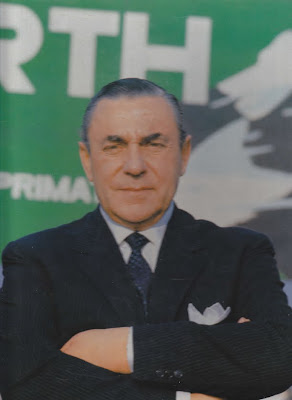 While we wait for the 500 Abarth to show up some time next year, here's a little info on the company and the man.

Abarth is an Italian manufacturer famous for creating record breaking racing cars and performance tuning car engines for regular road use and racing. The company was founded in 1949 by Karl (Carlo) Abarth who was an Austrian that lived in Italy.

Abarth had produced winning race cars for various marques such as Porsche, but became well known for modifying Fiats to produce unbelievable results against all odds. Eventually, in 1971, Abarth sold his company to Fiat where it was put in charge of modifying and producing Fiat race cars. 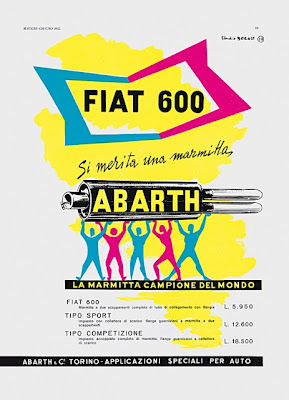 Below are a couple of short videos on Carlo Abarth, the man (it's safe to watch at work, 'cause there are subtitles and you can turn the volume down, LOL). As you can see from these videos, Abarth was a pioneer in aftermarket exhaust and engine tuning accessories. Every time I see a "tuned" Honda, I wonder how many of their owners know the origin of the car tuning business.


With thanks to StorieDelloScorpione's Channel
Posted by Fiat500USA.com at 11:21 PM No comments: 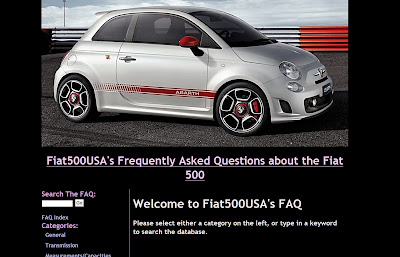 Here are the categories:

Many of these questions were my own that I needed to get answers for during the course of creating this site. The time consuming process of doing hours of research for even basic information led me to come up with this FAQ so others will have an easier time.


To use the FAQ, just click on the ? icon on the top right of this site. It will then take you to the FAQ, which is hosted on a separate Bravenet hosting site. You can use the categories on the left to browse through the various questions. You can click back to this site by clicking the title image or the return to website link.

There are a few peculiarities with the Bravenet site, one is the search feature is currently a little hit or miss and some ads are a little big, but hey, the Internet's not free;)

I intend to update the FAQ database, when I do I'll make a posting.

If you want to link to the FAQ, please link to this site or this post.

Thanks and best regards, Chris