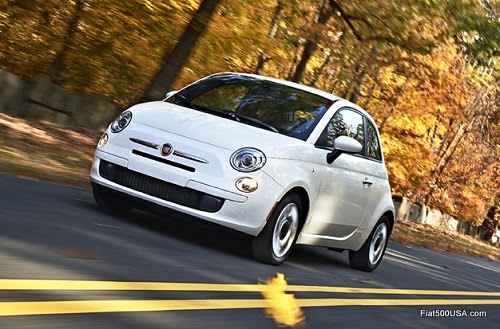 The Fiat 500 has just been ranked as the most dependable car in its segment by JD Power in their 2016 U.S. Vehicle Dependability Study. In addition to the Fiat 500 being best in its class, the Fiat brand's overall dependability ranked equal to or better than a number of well-regarded marques.

The 2016 JD Power U.S. Vehicle Dependability Study is based on responses from original owners of 2013 model-year vehicles after three years of ownership. The rigorous study looks at owner-reported problems during the past 12 months. The score is based on problems evaluated in eight vehicle system categories including: exterior; features/controls/displays; seats; interior; the driving experience; audio/entertainment/navigation; heating, ventilation and cooling; and engine/transmission.

The Fiat 500 did significantly better than its competition. 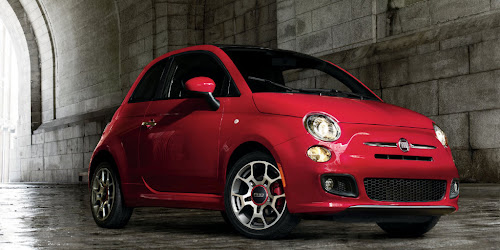 In the Body and Interior Dependability category, Fiat ranks equal to Mitsubishi, Nissan, Scion and Subaru.


Read About the Other JD Power Awards the Fiat 500 Won

Fiat 500 Dependability Versus Others

To give perspective on how well the Fiat 500 did, let's take a look at how the 500 compares to some other popular and well-known cars. Comparing the Fiat 500's overall dependability score, we see that the 500 outperforms many cars celebrated for quality and dependability. While scoring may not be 100% comparable across segments due to how points are awarded, the tallies show just how well the 500 did in its segment compared to the others. Fiat owners should keep this in mind when talking to people who are ill-informed or curious.

Fiat 500 Overall Dependability Ratings VS. Others

It is important to know that JD Power's Dependability score is based on actual verified owners, unlike some other surveys on other sites. Some of these other surveys are based just on their subscribers input with no verification of ownership. They may also be based on online surveys or discussion forums. Without ownership verification, the results can be skewed. This verification is one of the reason's why the JD Power survey is so well respected. 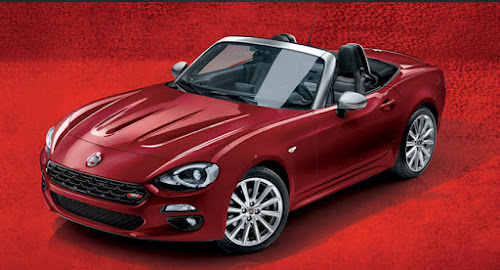 Pricing of the new Fiat 124 Spider has been reported on Italian websites and show the Spider being competitively priced to similar equipped Miata models. Early reports in Europe indicate the more powerful Fiat offers stronger acceleration and flatter cornering than the Mazda. There is also an enhanced Noise Vibration and Harshness (NVH) package that makes the Spider quieter and feel more refined. The pricing reflects that.

The 124 Spider comes in two models, base and Lusso, plus the ultra-limited production Anniversary model.

Prices of the Fiat 124 Spider:

The 124 Spider Anniversary model celebrates the 50th anniversary of the original Spider that debuted in 1966. Only 124 examples will be made, and it's been reported that the model is already sold out well in advance of the car's showroom arrival. Fiat is lending buyers of the Anniversary model the use of a 500c Cabrio so they can enjoy open-top motoring while waiting for delivery of their vehicle. 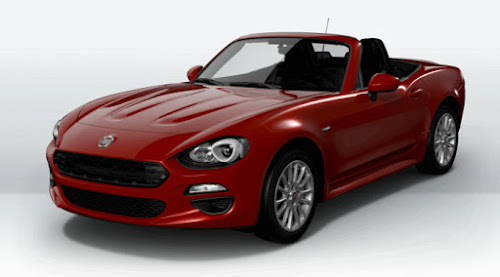 In Italy, the Miata MX5 comes in three models, a base model called the "Evolve", the mid-range model "Exceed", and the higher end "Sport".

Prices of the Mazda Miata in Italy: 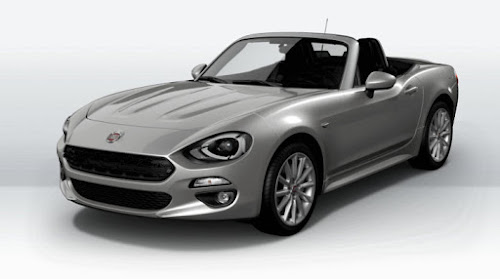 As the Fiat is more European grand tourer and less lightweight Japanese speedster, there is no stripped down 124 Spider. The well equipped 124 Spider compares more to the mid and higher range Miata models, and the price is comparable. 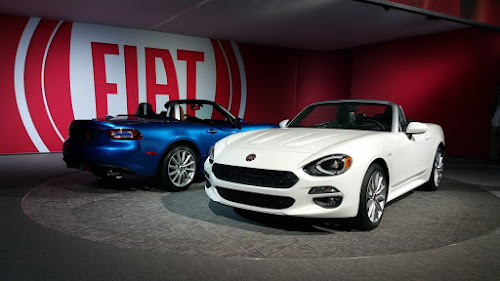 How much in the U.S.?
Trying to figure out how this will relate to the prices we'll see in this country is not clear cut science. The 124 Spider in Europe comes with a 140 hp engine and only with a manual transmission while the US will get a 160 hp engine and the option of an automatic transmission. On the other hand, the marketplace dictates pricing, and even though the US has different equipment and option packages, it still needs to be competitive. Thus, we can infer the price will be as it is in Europe - comparable to slightly more due to the enhanced refinement 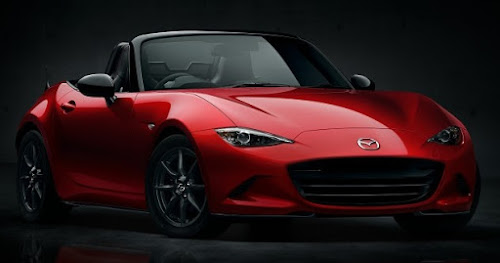 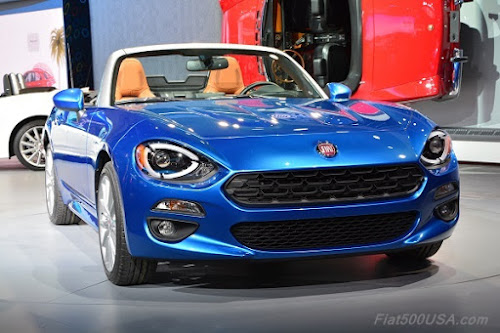 The 124 Classica has one option package available while the Lusso has two. Lusso's also only come with an automatic transmission.*

*4/28 Breaking News: It has been confirmed the Lusso will now be offered with a manual transmission!

Classica models are closest to the Miata Sport with 16-inch wheels, 6-speaker stereos and cloth interior. Estimates range from $26-27,500.


The Lusso model with its luxurious appointments, leather interior and automatic transmission are anticipated coming in at $32- 34,500.*

These prices are just best guesstimates. Now let us know what you think on the Forum. 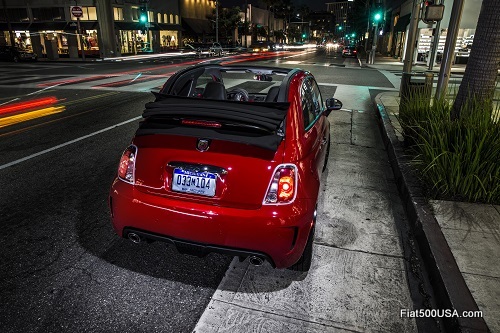 Fiat sold a total of 2,594 cars last month, down 20% compared to the same month last year. Terrible weather throughout a large portion of the country along with a January with two fewer selling days versus the year before took its toll on sales this month. On top of that, January 2015 had record sales, so it was always going to be a tough month to match considering the bottom has fallen out of small car sales.

Ultra-low gas prices and a shift of buyer's preferences to crossovers have hit sub-compacts hard. The Fiat 500X crossover has arrived just in time but seems to have cannibalized 500L MPV sales. 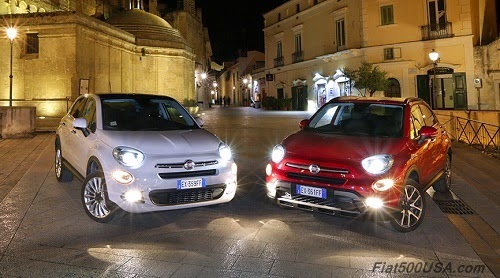 Let's look at the popular Honda HRV. During the same six-month period, Honda sold 35,588 through 1,044 dealers. If Fiat had the same number of dealers selling the 500X, we theoretically could be looking at 47,000 cars.

Now obviously there is a difference in theoretical and actual sales, but there are two points here. One is that Fiat has substantially fewer dealers than most people realize. The other is you need to be careful when just looking at numbers. While actual figures would likely not be as high as the estimates, they do give an indication of how comparable sales would be if Fiat had an equal number of dealers as the competition. 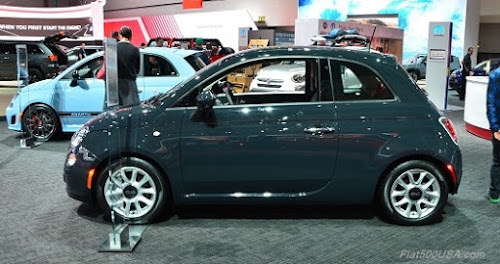 Maybe Fiats should be sold through mainstream Chrysler Dodge Jeep Ram Dealers? Take the poll at the top of the page and let us know what you think on the forum.

January Fiat News
Fiat is ramping up for the upcoming second quarter debut of the new 124 Spider, so keep an eye out on the official Fiat USA website, and of course, this site. We were given an in-depth preview of the car a few months ago, and it looks like it is going to be a hit.


Fiat 500X All Wheel Drive System Explored
How The Fiat 500 Handles Snow
Speaking of the Blog, we are proud to mention that Fiat500USA.com hit 10 million pageviews a few weeks ago, and also celebrated its seven year anniversary in January. A big THANK YOU to all that have visited this site over the year! 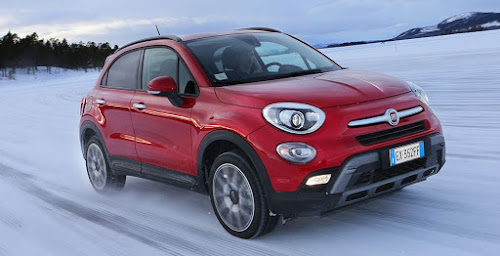 Only a Fiat 500X can make six more weeks of winter appealing. This new Fiat commercial features the 500X, a lot of snow and an unhappy groundhog!


Discuss on the Fiat 500X Forum

Image and video courtesy of FCA US LLC
Posted by Fiat500USA.com at 8:37 AM 2 comments: