Fiat and Chrysler have revealed a new corporate logo. Symbolizing the total integration and multi-national aspect of the two companies, the new logo is modern and borrows nothing from the past. The newly formed group, called Fiat Chrysler Automobiles, will be legally registered in the Netherlands with its tax domicile set in Britain.

While long time Fiat enthusiasts will surely miss the familiar Fiat logo with the traditional slanted "A" that has been around for over 100 years, it should be noted that the new design is the corporate logo and doesn't replace the brand logo. 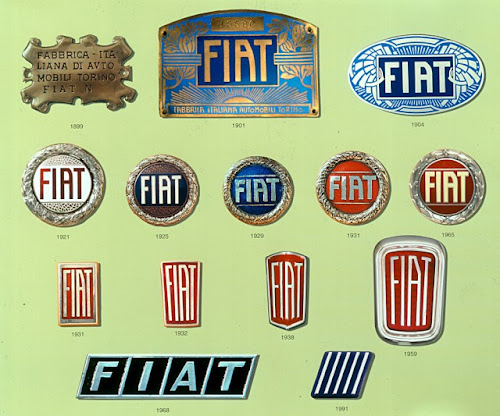 There have been 16 badge designs on the front of Fiat cars since 1899. The first Fiat cars produced came with a name plate stamped with the full name of the company; Fabbrica Italiana di Automobili Torino (or Italian Automobile Factory of Turin). Later cars had a badge with the initials F.I.A.T. on them and people began contracting the letters into a pronounceable word. In 1906, the F.I.A.T. company trademarked the name "Fiat"; however, the company still remained Fabbrica Italiana di Automobili Torino until 1918 when it underwent a reorganization and became Fiat, Societa per Azioni (Fiat Spa or Fiat Inc). 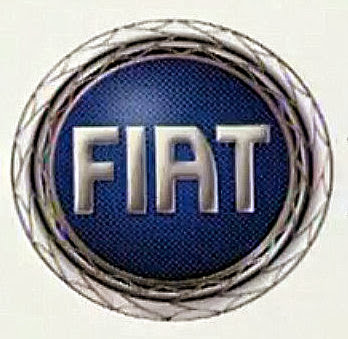 In 1999, a new Fiat badge was unveiled on that year's Punto, inspired by a badge originally used in the Twenties.

The current Fiat badge debuted in 2006 on the Fiat Bravo. Created jointly by Robilant Associati (an agency specializing in Brand Advisor and Strategic Design) and the Fiat Style Centre, the design combines the shields that decorated the front of Fiat sports cars from 1931 to 1968 with the tall vertical letter badges that first appeared on the Fiat 524 of 1931.

Below you can read the full details on the new Fiat Chrysler Automobiles corporate logo, courtesy of Fiat Group Press:

Following an initial phase with the two corporate logos appearing side-by-side –symbolizing the desire to respect the history, culture and industrial roots of the two groups – both Fiat and Chrysler now require a new corporate identity representative of an organization that is much more than the sum of its two component parts, based on strong core values that represents a unique corporate culture, a common vision and a Group with an international reach.

Created by Robilant Associati, this branding project began with definition of a distinct strategic concept that served as the basis for creation of the name, logo, house style and entire corporate identity, whose universal and essential forms are strongly expressive and evocative.

Use of an acronym helps create a transition from the past, without severing the roots, while at the same time reflecting the global scope of the Group’s activities. Easy to understand, pronounce and remember, it is a name well suited to a modern, international marketplace.

The three letters in the logo are grouped in a geometric configuration inspired by the essential shapes used in automobile design: the F, derived from a square, symbolizes concreteness and solidity; the C, derived from a circle, representing wheels and movement, symbolizes harmony and continuity; and finally, the A, derived from a triangle, indicates energy and a perennial state of evolution.
The logo’s design lends itself to an extraordinary range of symbolic interpretations. It uses a versatile, modern language capable of expressing continuous change without losing its core identity.

The new logo will be adopted by Fiat and Chrysler as soon as practicable and before completion of the reorganization of the new Group.

Chrysler Now a Wholly Owned Subsidiary of Fiat
Fiat - Chrysler: The Future Looks Promising
The Final Act: Details on the Fiat/Chrysler Merger
Fiat Chrysler Merger at Risk
Obama to Chrysler: Merge with Fiat in 30 days or else...
STATEMENT FROM THE CEO OF FIAT GROUP SERGIO MARCHIONNE
Sergio Marchionne to Union: Step up or we'll walk...
Chrysler creditors to Fiat: Put in $1 Billion in cash...
Fiat/Chrysler: The official agreement...
The Fiat/Chrysler deal summed up: Cash runs out; assets that produce cash don't...
Chrysler to file Chapter 11

It is an absolutely hideous, forgettable design. I could have designed something better with a 30 year old DOS PC. They can spin and nuance it all they want but the FCA design is simply awful. Banal and quickly thrown together. 80ish even I guarantee they will change it in a few years, if not sooner. The 1968 FIAT badge was really something -- both from a balanced, geometric standpoint, as well as its strong use of typography in the design. Something easily recognized from a distance, modern and distinctive. They should have looked back to that design in designing the new one. Ughhhh.