The first five Alfa Romeo 4C 'Launch Edition' cars were delivered to customers Thursday, October 31, at the Alfa Romeo Balocco test facility in Vercelli, Italy. The 'Launch Edition' is a limited run of the 4C supercars that come complete with a carbon fiber aerodynamic kit (including headlights, spoiler and door mirror covers), dark finished aluminium rear extractor, Bi-LED headlights and 18" (front) and 19" (rear) alloy wheels. Alfa Romeo 4C 'Launch Edition' cars are available in 'Alfa Red' or exclusive matt 'Carrara White' and have an engraved numbered plate noting the car is 1 of 500 made.

The five lucky customers, hailing from Switzerland, France, Germany, the Netherlands and Italy, signed up for their 'Launch Edition' at the 83rd International Motor Show in Geneva on the day the order books were officially opened. 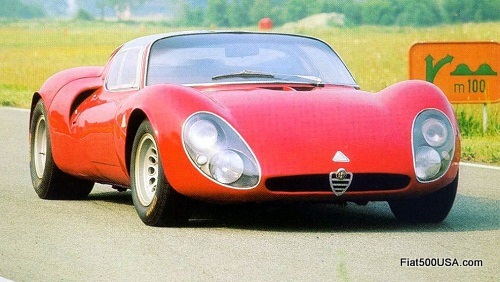 The ceremony was held at the former Autodelta workshops at Balocco, where every Alfa Romeo has been developed and tested since 1962. At the event was Louis Carlo Vignon, Head of Alfa Romeo Brand EMEA, and Alfa Romeo 4C Chief Designer Alessandro Maccolini. Owners were treated to fast laps in the car driven by Nicola Larini, a renowned German Touring Car Champion from the past. The five Alfa Romeo 4C 'Launch Edition' owners were given a close-up look at a 33 Stradale, a car often cited as being one of the most beautiful coupés of all times, and the inspiration of the new 4C.

As for potential North America owners of the Alfa 4C, they will have to wait until the middle of next year to get their hands on the car. Where these buyers will be purchasing their cars has been in question ever since Harald Wester, CEO at Alfa and Maserati, let slip in an email to Automotive News that the 4C will be sold at Maserati dealers in the US. There has been no confirmation from the company that Fiat Studios will also get a crack at selling the 4C, much to the consternation of US Fiat dealers. 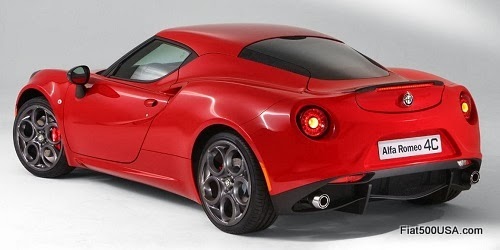 Future plans for Alfa Romeo remain a closely guarded secret, but there is talk that Fiat will be investing a considerable amount of Euros into developing a rear wheel drive platform for the legendary marque so they can compete on equal terms with the German car makers. Sergio Marchionne has high hopes for Alfa Romeo sales, the last projection made in 2012 was 300,000 cars by 2014. With only the Giulietta, MiTo and 4C to sell, that surely will not happen, so we are expecting a revised sales goal to be set at the end of the next year's first quarter. If Alfa is to succeed in achieving the significant numbers Marchionne is envisioning, that will mean that many of Fiat's 210 dealers in the US will have to be onboard selling the marque. That should give Fiat dealers some hope while they wait for the official announcement.