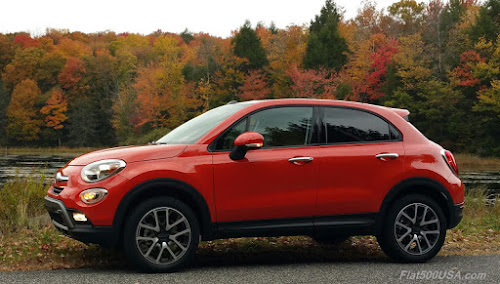 The 500X has been offsetting 500 hatch / Cabrio and 500L sales, which have been drastically affected by the slowdown in small car sales. Sales of subcompact cars have tumbled as consumers are flocking towards crossovers and SUVs. Cheap gas, the traditional enemy of small car sales has been a major factor in this shift. The 500X has arrived just in time to take advantage of growing crossover market.

A leadership change at Fiat and the introduction of the 2016 model year cars coming up shortly may very well have a positive impact on sales. We'll be watching...

October Fiat News
Big news in October was the Fiat 500X has earned the Top Safety Pick + award from the Insurance Institute for Highway Safety (IIHS). The Fiat 500X achieved the highest possible rating in all five IIHS crash tests. 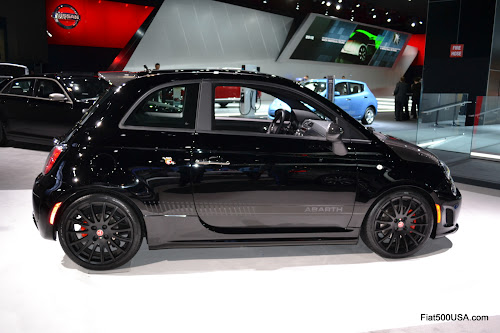 Tim Kuniskis is back running the Fiat Brand, replacing Jason Stoicevich. Kuniskis was at the helm when Fiat doubled its sales in 2013, and is expected to inject energy and excitement into the brand.


Kuniskis Back Running Fiat USA
October also brought more honors to the Fiat trophy case. The 500 Abarth earned accolades on several automotive review sites, being recognized as one of the Most Fun New Cars for Less Than $27,500, one of Quickest Cars For Under $25K and one of the Top 10 Most Tunable 2016 Hatchbacks.


Fiat 500 Abarth Earns New Honors
Fiat Chrysler Automobiles has been doing well in Europe, with a sales increase rate outperforming the industry average for nine consecutive months. The Fiat 500, 500L MPV, and Panda are the top selling models in each of their segments.

Looks like they are doing pretty well. I think everyone is doing well besides VW and Porsche right now... aha.