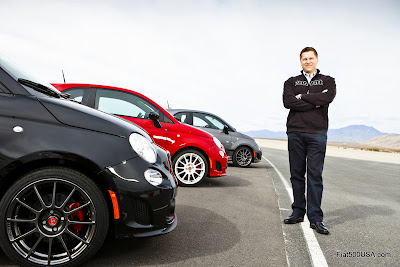 Tim Kuniskis, Head of Fiat Brand North America
The numbers are in for 2012 and Fiat 500 sales surpassed 50,000 for North America. The Fiat 500 has exceeded all its sales goals this year, breaking sales records for ten consecutive months. December sales figures for the Fiat 500 were 3,707, up 59 percent over last year's December figures, bringing the total US sales of the 500 to 43,772 units. Fiat Canada sales total was 8,474 cars, a 57 percent sales increase over last year's sales and raise the sum of Fiat 500s sold in North America in 2012 to 52,246 vehicles.*

*Update.  I did further investigating and Fiat did even better.  Revised company figures show that a total of 55,600 Fiat 500 were sold in North America, including 396 Fiat 500s sold in Mexico.  The Mexican sales figures were not originally included in my story due to them being unavailable to me at the time the story went to press. 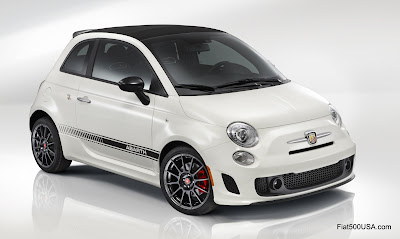 More than 1 million Fiat 500s have been sold worldwide.
Fiat kicked off 2012 with a stupendous Super Bowl ad that essentially hit the relaunch button for the Fiat 500. Fiat brand awareness shot through the roof, with Fiat search traffic percentage increases into the triple digits on Edmunds.com and Fiat500USA.com recording a 10,000 pageview spike during half time.


Fiat Superbowl Ad Draws Largest Traffic Increase
Since that February day, Fiat USA has continued aggressively marketing the 500 with seemingly non-stop contests on social media and attention getting TV commercials, such as the Charlie Sheen "House Arrest" spot and the surprising "Immigrants" ad.

The arrival of the Fiat 500 Abarth in March also helped, drawing rave reviews from the media throughout the country and keeping the Fiat name in front of the public. The much anticipated 500 Abarth sold out its production allotment within 2 months.

Fiat Topless ad. Will this make to TV?
This year, expect to see even more excitement with the arrival in 2013 of the Fiat 500c Abarth Cabrio this spring, and later this summer, the class leading Fiat 500L and the 500e - the first fun to drive electric vehicle.

Congratulatins to the entire North Americcan sales force for their hard work. My favorite new advertising slogan is: Fiat, At Home in America!