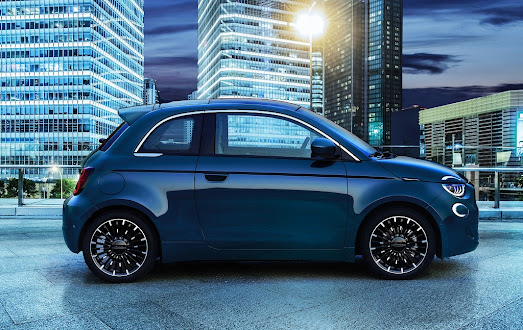 Today, Fiat will officially announce that the all-electric Fiat 500e  will arrive on US shores in the first quarter of 2024. At a press conference scheduled today at the 2022 LA Auto Show, Olivier Francois, Fiat CEO and CMO Global of Stellantis, will outline plans for the arrival of the new Fiat 500e. However, today's event is more of an introduction than a debut, as the North American Fiat 500e will be unveiled a year from now at the 2023 LA Auto Show.

On stage at the LA Auto Show will be three one-off 500e European showcar creations done by iconic Italian design houses: Armani, Kartell, and Bvlgari. Each one is said to showcase Italian craftsmanship, creativity, and sophistication. 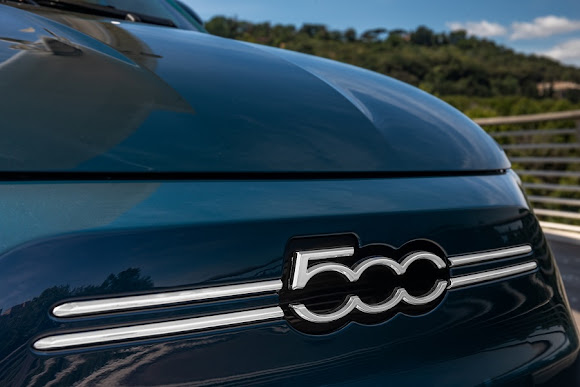 Readers of this site are no doubt familiar with the new 500e, but for those who aren't, please follow the links in this article to learn about this exciting car. 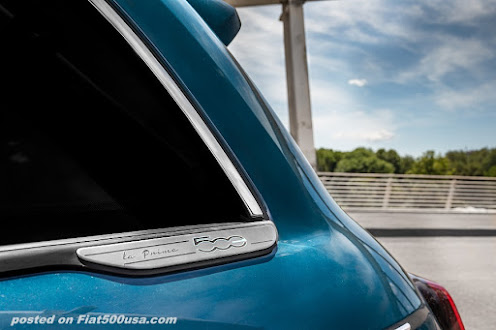 The press conference begins at 10:45 PST and can be viewed on the Fiat USA website: 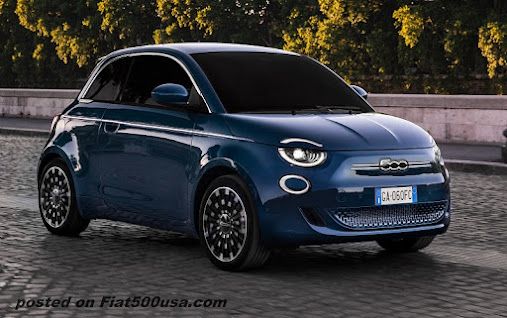 The new Fiat 500e was introduced in Europe in 2020 and has become one of the top-selling EV models. The 500e is the number one selling EV in Germany and Italy and in the top three in Spain and France. The Fiat 500e is third in overall EV sales in Europe in the first part of this year. Over 100,000 units have been sold in the past two years. 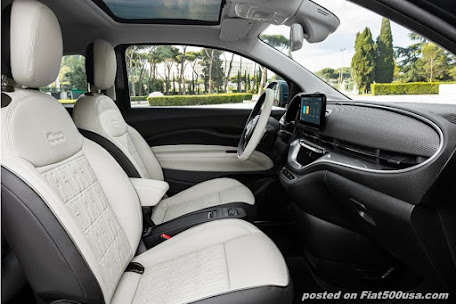 The new 500e differs entirely from the 500 sold in the US between 2011 and 2019. Designed from the start as an EV, the new 500e is slightly larger than the old model and has a more upscale look and feel. Owners of the previous generation car will especially like the upgraded interior and infotainment/connectivity systems, which are considered among the best of its competitors.

The motor used in the 500e is rated at 118 HP and is powered by a 42 kWh lithium-ion battery housed in the floor. Acceleration from 0-100km/h  is listed as 9 seconds. The average range is 320 km  (199 miles) as measured in the WLTP cycle. The 500e's Combo 2 type charging socket is under a filler flap on the right side. It can be charged by alternating current up to 11 kW and continuous up to 85 kW. The battery is charged to 80% in 35 minutes at the 85kW rate, and  Fiat states 5 minutes are enough to give the car an additional 50 km of range when needed. 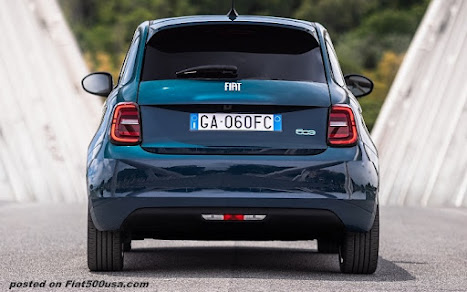 In the short time the 500e has been on the market, it has won more than 30 international awards in nine countries. In August, for the second year in a row, the 500e won the "Best Small Electric" award by the prestigious What Car? magazine in the UK.

Look for the New 500e at US dealers in the first part of 2024. Stay with Fiat500USA.com for updates and when the order books will be open.

Discuss this story on the Fiat 500e Forum!