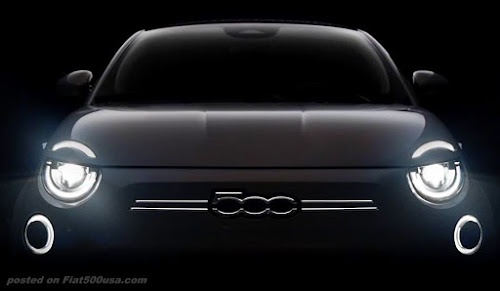 The first images of the new Fiat 500e all-electric vehicle have been posted on the internet ahead of the official unveiling on March 4th. The upcoming all-electric Fiat 500 was to have been unveiled this month at the Geneva Motor Show. However, the abrupt canceling of the Geneva show due to concerns about the Coronavirus has changed those plans. 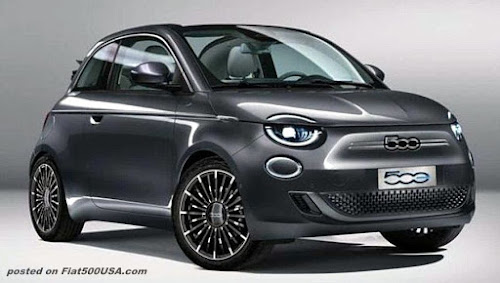 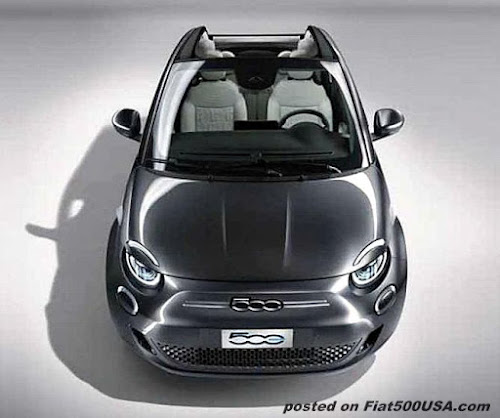 However, on closer inspection, there doesn't seem to be a panel that hasn't been changed. In fact, the new 500e is longer and wider than the previous generation by  2.36 inches, and has an increased wheelbase of nearly an inch (.78 inches).

Hood, trunk, sides, and fascia front and rear are all different. Refinement is the word that comes to mind on the redesign. Exterior door handles are now flush-mounted, and side rear-view mirrors are integrated into the lower corner of the side windows and not tacked onto the side of the car. 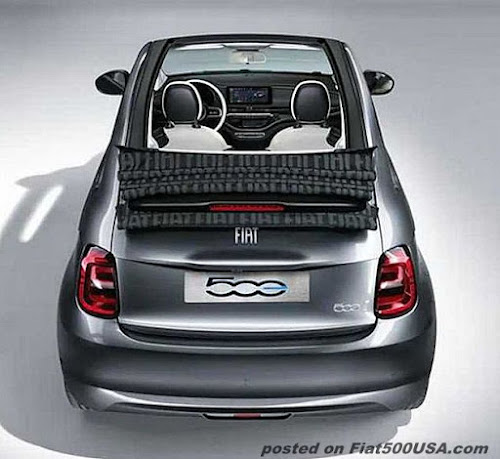 Mouldings and trim are revised, and there is a 500e logo integrated into the side rear window trim. And speaking of the logo, the front fascia now sports a prominent 500e emblem in place of the usual Fiat name badge. Fiat wants to move the 500 series upmarket as a near-premium mini-brand, so this is not surprising. The thinking is that the 500 is such an iconic symbol of Fiat and Italy that the car doesn't need, in essence, an introduction. Positioning the car upmarket allows Fiat to charge a higher price, which helps pay for the expensive all-electric powertrain. 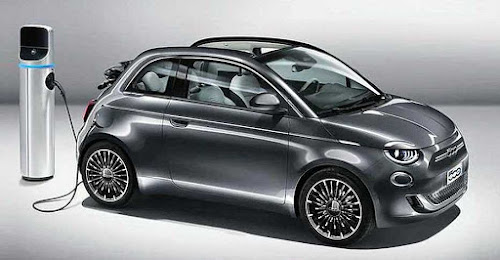 The side profile shows different shaping towards the bottom of the sideskirts, which have a more pronounced flaring. 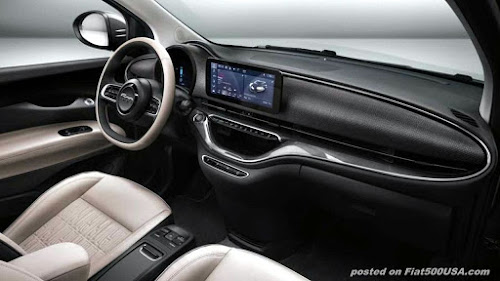 Interior wise, the 500 has gone noticeably upmarket. A large 10.3 inch Uconnect 5 multimedia infotainment screen is located prominently in the center in the sleek new dashboard.  The system features Apple CarPlay and Android Auto,  and has advanced voice commands that allows the management of many functions from a mobile phone.  Some of these include checking the status of the car and recharging operations, and sending a destination to the on-board navigator.

The 500's signature body-colored dash bezel appears to be there, but now in a more subtle and less austere way. A single instrument binnacle is a nod to the original Nuova 500 from 1957. Door panels are more sculpted than the current generation's. A new, taller center console between the seats has a storage compartment, and there is a large center armrest in place of the small individual armrests previously used.  The center console house audio volume and driving mode controls. Storage space looks to be improved as well as shoulder room. Higher quality interior materials are expected to be featured in keeping with Fiat's desire to make the 500 the premier model in its segment.

The new Fiat 500e will have an all-electric propulsion system. A gasoline engine or hybrid powertrain will likely not be available. Those powertrain options will be relegated to the current generation 500 that will still be sold alongside this new model.

Update: Below are the preliminary specifications for the new Fiat 500e

The motor used in the 500e is rated at 118 HP and is powered by a 42 kWh lithium-ion battery housed in the floor. Acceleration from 0-100km/h  is listed as 9 seconds.  Average range is 320 km  (199 miles) as measured in the WLTP cycle. The 500e's Combo 2 type charging socket is under a filler flap on the right side and can be charged by alternating current up to 11 kW and continuous up to 85 kW.  The battery is charged to 80% in 35 minutes at the 85kW rate and  Fiat states 5 minutes are enough to give the car an additional 50 km of range when needed.

Like most EVs, the 500e has an acoustic warning for pedestrians, which makes one aware of the approach of the car and works up to 20 km / h.  However, unlike the usual beep noise, Fiat has chosen music composed by Nino Rota for the film Amarcord by Federico Fellini. Classy!

The 500e is also the first city car equipped with autonomous level 2 driving, and allows the car to drive on its own keeping in the center of its lane and following traffic. The automated system takes full control of the vehicle: accelerating, braking, and steering, but requires that the driver remain alert and with his hands on the steering wheel. 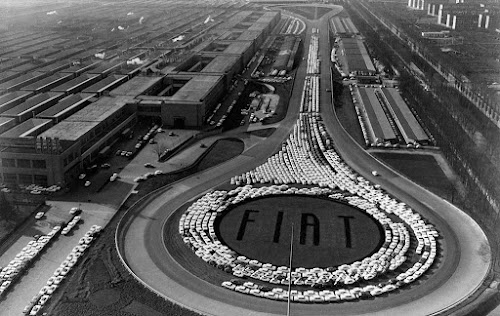 To build the new Fiat 500e, the company has invested €700 million in its Mirafiori plant located in Torino, Italy. Mirafiori is FCA's largest production facility and employs in the neighborhood of 20,000 workers. Of those workers, approximately 1,200 people will be dedicated to the production of the new 500e. Anticipated production of 80,000 units per year is initially expected, with the potential to increase production in the future. 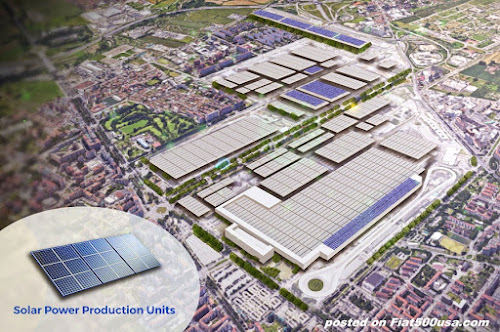 This is part of FCA's overall investment of more than €5 billion in Italy to finance a renewal of their product range. Planned are the introduction of 13 all-new or significantly refreshed models. The electrification of the product range is featured prominently in the investment plan. It includes the debut of 12 electric versions of new or existing models. 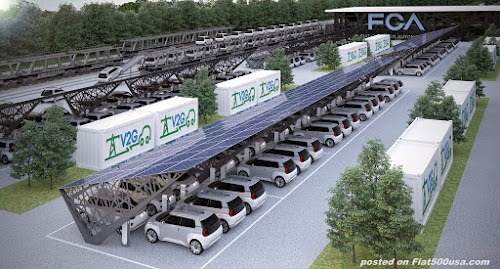 To support the new range of electric vehicles, approximately €50 million is being spent on a new "Battery Hub" at Mirafiori to produce batteries. The installation of 850 charging points will also be created at the facility, including 750 in employee parking areas.

Pre-production Fiat 500e manufacturing is already underway with a full production launch planned for June. Pricing is anticipated starting at € 35,000.   The limited production (500 total) launch edition called "La Prima" shown above is expected to be priced at €37,900 Euro.  There is no official confirmation the new 500e will make it to the United States.


Discuss on the Fiat 500 Forum

More about the Fiat 500 Electric Vehicle