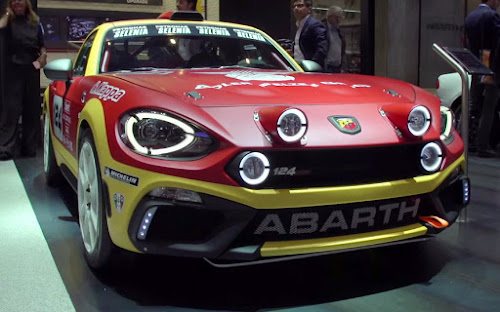 Abarth has released a video of the new 124 Rally being tested in advance of its 2017 racing debut. The new Abarth 124 Rally is heavily modified 124 Spider that is homologated to run in the FIA Group R-GT Rally series.

Replacing the standard 1.4 liter MultiAir Turbo is a 1.8 liter "bialbero" turbocharged direct injection engine with up to 300HP at 6500 rpm. Bialbero is the Italian way of saying "Twin Cam" which is a nod to the historic Twin Cam engines the company produced in the 1960s. 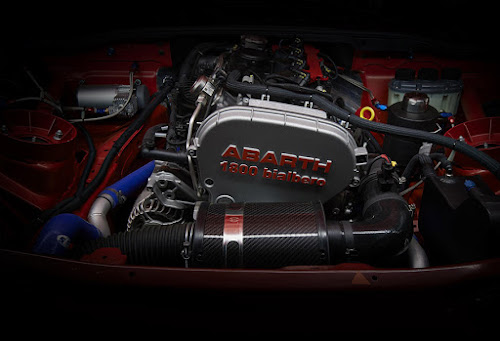 People will recognize this engine as the Alfa Romeo 1750 Turbo Benzina used in cars like the Giulietta and 4C sports cars. A sequential six-speed paddle shifted transmission, and a mechanical self-locking differential is also part of the package.

The Italian race specialist company, LM Gianetti, worked with Abarth's Technical Team to completely re-engineer the bodywork and the suspension of the new Abarth Rally. The first change is the replacement of the convertible top with a fixed carbon fiber hard top. Full rally spec chassis reinforcements and roll bar are added. EXT SHOX contributed and developed a 4-way adjustable coilovers for use in the purpose-built rally car. BMC worked together with Abarth to develop a high-performance air intake system, and the OZ wheel company came up with a new, light-weight rugged racing wheel. Michelin tires are specified, size 225/45R18c on the 8x18 ET53 wheels with a bolt pattern of 5 holes on PCD110mm. 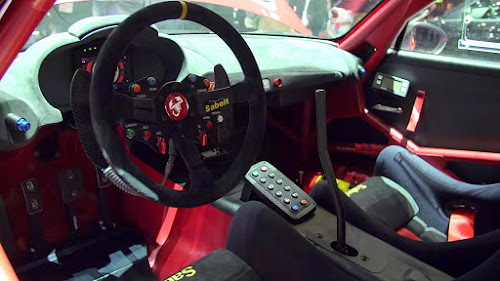 Sabelt supplies the seats as well as racing harnesses and the interior is trimmed in Alcantara to cut on down sun glare and reduce weight.

Original Fiat Abarth 124 Rally on the Sanremo Rally circuit.
In addition to being able to compete in the R-GT Rally series, Abarth will have its own promotional race series or Trophy. Abarth will also offer the best under-23 driver in the series the driver's seat in an official factory 124 Rally to compete in the Montecarlo Rally during the opening event of the Rally World Championship. 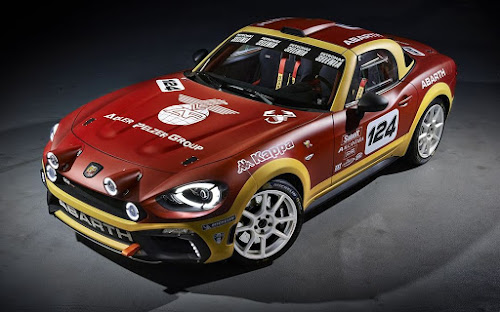 An interesting bit of trivia is the Abarth 124 Rally has an internal project code of SE139. This designation is said to have a history that goes back directly to Carlo Abarth. The SE stands for "Sports" and "Experimental," and the 139 is a progressive number that pays tribute to the 67-year history of Abarth, which has managed to develop an average of two racing projects per year. Something only a select few car manufacturers can be proud of.

The new Abarth 124 Rally can be ordered on the website www.racing.abarth.com and by writing to 124rally@abarth.com.

Read more about the Abarth 124
Discuss on the Fiat 124 Spider Forum
Read about the original Fiat Abarth 124 Rally
Source, images and video: FCA
Posted by Fiat500USA.com at 8:06 PM