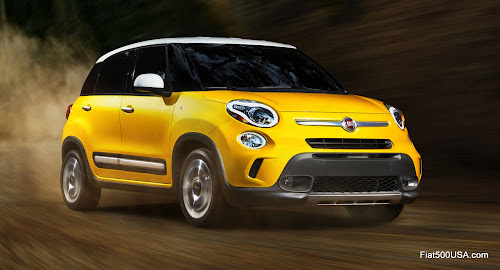 The Fiat 500L, a 2013 Insurance Institute for Highway Safety (IIHS) Top Safety Pick, recently underwent the institutes new small overlap crash test. The Fiat 500L scored a surprising poor rating in this severe test. While this is a disappointing result, it should be noted that this is the first time the Fiat 500L has earned anything less than the highest rating in a crash test. Since its introduction in 2012, the Fiat 500L has been collecting excellent crash ratings in both Europe and America, actually earning the Top Safety Pick designation from the IIHS in 2013.

The 2013 IIHS crash test series simulated a 40 MPH front moderate-overlap impact, a 31 MPH side impact, a roof-crush consistent with a rollover, and a 20 MPH rear collision capable of causing a whiplash injury. The Fiat 500L achieved the highest possible ratings of good in each of these tests and was awarded the Institutes 2013 Top Safety Pick award. 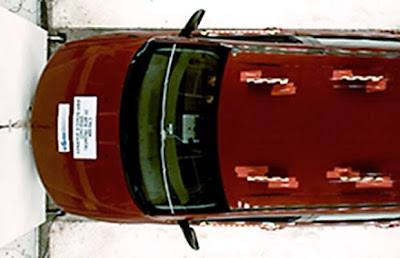 In the National Highway and Traffic Association (NHTSA) frontal tests, cars are crashed into a solid barrier at 35 mph, representing a head-on collision of two cars of similar size and weight each moving at 35 mph. 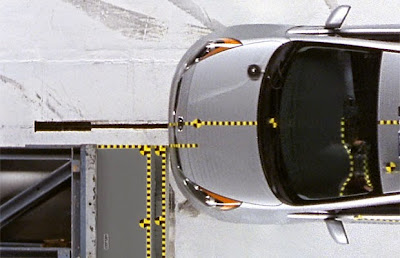 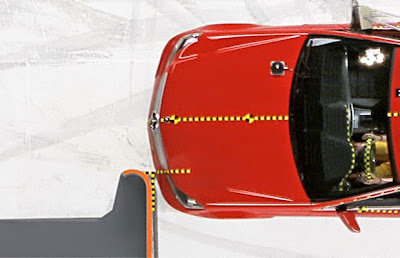 Starting in 2012, the IIHS devised a 25 percent small overlap test that simulates the front corner hitting a car or an object like a tree or utility pole. This type of impact is extremely severe because it typically bypasses most of the energy absorbing sections of the car. The IIHS is the only agency in North America or Europe that runs this test.²

For 2014, the small overlap test is being added to the other tests the Institute already runs and the results will effect a car's ability to win the coveted Top Safety Pick award. The new small overlap test subjects only 25% of the front end of the vehicle to a 40 mph impact.

This test, which made its first appearance in 2012, is far more demanding on the vehicle structure than the 40% offset test that has been an industry standard since 1995. In the small overlap test, the main structures of the vehicle’s front-end crush zone are bypassed, making it far more difficult for the vehicle to manage crash energy. The occupant compartment can be compromised as a result.

Many car models are struggling through this new test. In fact, of the 32 cars tested so far, only 19 have achieved a good to acceptable score. The rest have received a poor rating. Cars like the Fiat 500L that were designed before the test are particularly vulnerable to not doing well.

Looking at how the Fiat 500L did in this test, you will notice the 500L actually achieved top marks in Head/Neck and Chest injury measures as well as acceptable ratings in Lower Leg/Foot and Restraint and Dummy Kinematics. The 500L was letdown by a poor injury rating in Hip/Thigh.

According to the IIHS:

"The dummy’s head contacted the frontal airbag but slid off the left side as the steering column moved 13 cm to the right, contributing to the head hitting the A-pillar. Head acceleration from the A-pillar hit was low, though. The side curtain airbag deployed and had sufficient forward coverage to protect the head from contact with side structure and outside objects. The side torso airbag also deployed."

Bypassing the 500L's main energy absorbing load paths resulted in the safety cage taking the brunt of the impact and allowed what was considered excessive body structure intrusion into the passenger compartment. This was measured at 24-28 cm at the upper hinge pillar/instrument panel and up to 25 cm at the lower hinge pillar. The steering column was also pushed back 14 cm toward the driver. This was rated a poor performance.

For perspective on what the above numbers mean, here are some measurements of other cars that received an overall poor rating in the small offset crash.

2014 Honda Pilot - Overall rating Poor
35 cm at lower hinge pillar
42 cm at the parking brake pedal
26-28 cm at upper the hinge pillar and instrument panel.
The steering column was pushed back 11 cm toward the driver.

As in any crash simulation, real world results will vary and crash ratings can only be compared to cars in the same category/weight/size. Taken as a whole, the Fiat 500L has achieved the highest crash test ratings in every test performed in Europe and in North America to date except this recent one.

With Fiat's history of bringing safety innovations to affordable transportation, and based on previous statements, one can expect the company to not only continue striving towards improving vehicle performance for third-party tests, but also in building safe cars that perform well in the real world.

So, has Fiat done anything to score higher in its recent 500L models? Or this can not be done unless you change the vehicle shape?