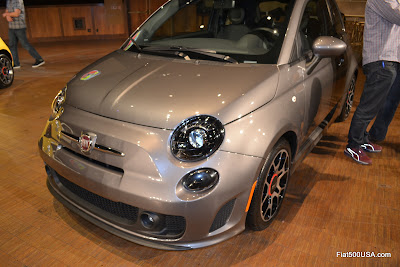 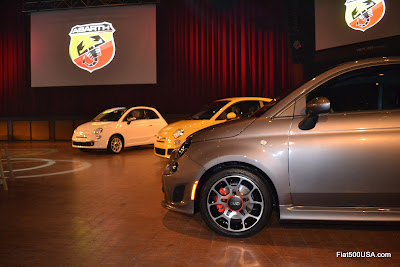 Transmission will be the heavy duty C510 from the 500 Abarth, but without the equal length driveshafts that the Abarth has . Done, no doubt, to save some money and probably not deemed totally necessary due to the the 500T's lower horsepower figure.

There is also a rumor that the C510 gearbox will  sport a sixth gear, however, that would be quite a coup and would mean there is a redesign of a chassis reinforcement that had previously precluded the fitment. This would also guarantee a sixth gear coming for the 500 Abarth for the 2013 model year. We'll have to watch this closely, and personally, I am thinking the long awaited 6 speed Dual Dry Clutch Transmission (DDCT) making its debut is a more likely scenario. A very interesting rumor indeed. 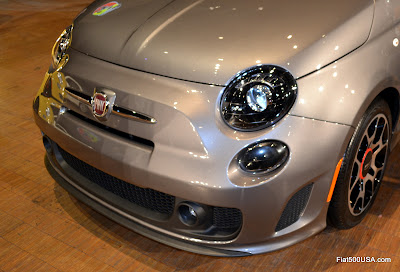 Other mechanical news is the car will have a single exhaust pipe and not the dual pipes the 500 Abarth has.

Remember, this is all very preliminary. Stay tuned...

Hopefully the dual dry clutch is it for the tranny. We are starting to seriously consider a 500 for our 'second' car for getting around the village, but as a car that our daughter would be driving, an auto is a must (not to mention I would STRONGLY prefer not to mess with a clutch.) But on the other hand, after driving test driving the current sport 500, I really need a bit more power.

The Turbo would do the trick, just need it without a form of an automatic.

Any idea if the 500T will come in convertible version from moment one?

this is the one I would buy. if only it features ivory ambience and make it to Brazil...

What month would the 500 T be released? I'd like to wait out for one. the 101 hp on the sports model is just not enough for me.