Besides being a comfortable car - the subcompact Fiat 500L has the interior room of a full-sized sedan, - the 500L hails from a company known for its environmental consciousness.

Pope Francis visit to the United States became even more special for Fiat enthusiasts by the pontiffs riding all over Washington D.C. in a Fiat 500L. A humble man, Pope Francis brings his message of love, understanding and forgiveness as well as his concern for the environment to the United States. He sets an example by riding in a 500L, a car from one of the global leaders in sustainability. For the sixth year in a row, Fiat Chrysler Automobiles (FCA) has been included in the prestigious Dow Jones Sustainability Index (DJSI) World.

Only the best-in-class make it on the list, as evaluated by sustainability experts RobecoSAM. The performance of 33 Automobiles sector companies were examined, but only three were chosen. FCA received a score of 88/100 versus an overall average of 60/100 for other companies in the Automotive sector. It is an accomplishment that Fiat has made the list 6 years in a row.

Here is a list of other environmental accolades Fiat has earned over the past year: 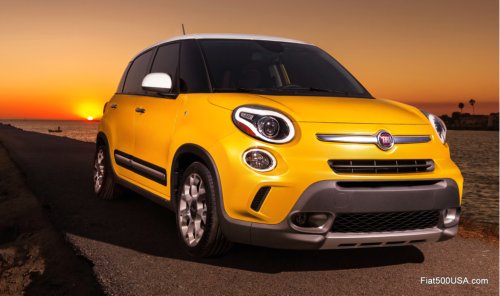 Additionally, FCA devised the first ever APP designed to measure the user's awareness of how they consume water, one of the planet's most precious resources.