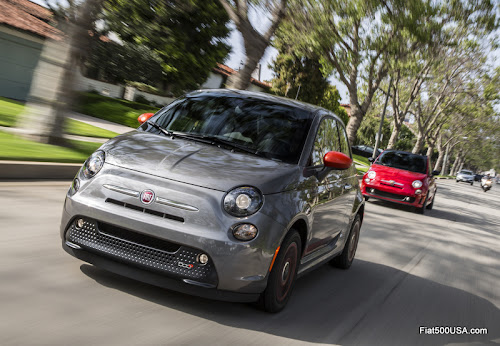 Attention Oregon residents: the 2015 Fiat 500e is now available for the low lease payment of just $199 per month! The all-electric Fiat 500e was initially sold only in California, but its sales market was extended to Oregon earlier this year. Now residents of both states can take advantage of a $199 per month, 36-month lease with just $999 due at signing. This is a seriously good deal, better than the lease price on a $17,000 Fiat 500 Pop! It also doesn't include local incentives offered for purchasing an electric vehicle which could amount to additional thousands of dollars off and lower monthly payments substantially.

For those who prefer to purchase and not lease, the 500e list price is $32,650. However, few pay anywhere near that. For example, eligible California residents can buy a Fiat 500e for as little as $20,600 after all federal credits, state incentives and Fiat rebates are subtracted. 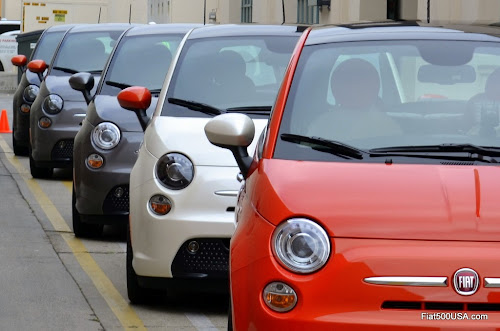 The Fiat 500e was just named the “Top Electric Vehicle” for a second year in a row by the Northwest Automotive Press Association during its annual Drive Revolution alternative-fuel vehicle event in Portland.


Not only is the price affordable, the 500e is also outstandingly economical. Fiat 500e offers best in class energy efficiency with an unsurpassed EPA highway mileage rating of 108 MPGe. On a full charge, the Fiat 500e can travel approximately 87 miles of combined highway and city driving, which is again best in its class and out performs all other EVs built by major car manufacturers. In city driving tests, the 500e can exceed 100 miles on a charge.

Factoring in that the Fiat 500e costs roughly 3 cents per mile to drive compared to 20 cents per mile for a gasoline powered car that gets 20 mpg, and the 500e could easily pay for itself in savings.


The above figures on 10,000 miles, but if you drive more - say 13,000 miles per year in your 18 mpg vehicle - you'll save $213 per month. Plus, compared to gasoline powered vehicles, there are no oil changes, tune up or engine filters so maintenance costs are minimal.

Road Trip Planned? No Problem!
One of the characteristics of owning an EV is that you do have to pay attention to how far you drive. Some call this Range Anxiety, but happily the EPA has rated the Fiat 500e as having the best-in-class range of all its competitors and better than all U.S.-market all-electric vehicles produced by high-volume manufacturers. To keep drivers informed, the Fiat 500e has a large 7-inch thin-film transistor (TFT) instrument cluster that displays vital EV information clearly and crisply. The 500e includes standard navigation that tells you where charging stations are located throughout the state and gives a graphic indication of how far you can drive based on your charge level. A smart phone app also ties you in, giving you the car's status and allows you to interact remotely when needed, such as setting or changing charging times or turning the heater on, etc. 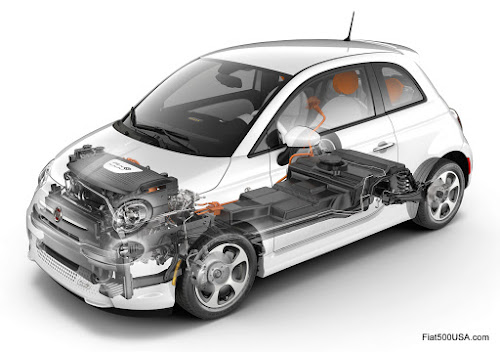 However, even with all this, there may be times where you would like to make a long distance, multi-day road trip. Normally, this has been out of the question with for an EV owner up until now. Fiat has come up with an initiative that eliminates the concern by offering a special program called e-Pass. The program allows owners 12 day access every year to other vehicles via Enterprise Rent-A-Car. Long trips, vacations or running down to the hardware store to pick up bulky objects are no longer an issue. It is a brilliant way around range anxiety or the occasion when a larger car / mini-van would come in handy. The e-Pass program comes standard on the Fiat 500e and is good for a three year period. 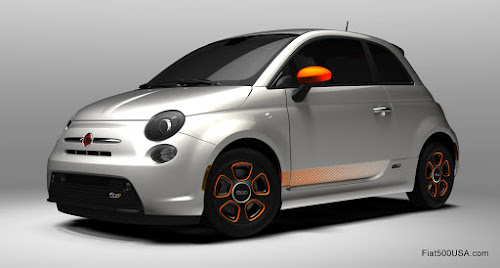 Great Price / Great Car
This is all good news, but is just the icing on the cake because the Fiat 500e is designed to be a great car first. There is no downside to how this car drives, in fact, it takes the already updated NAFTA Fiat 500 and further enhances the driving experience. It is quieter and has a more substantial feel due to the 10 percent stiffer chassis. The added weight of the battery helps dampen ride motions and the suspension, which has been retuned for the more even weight distribution, keeps the car nimble and fun to drive.

The Fiat 500e is very well equipped and is comparable to the loaded 500 Lounge model. The only options are colors, a sunroof and the e-Sport package. For 2015, the Fiat 500e features a redesigned center console with an added USB port plus two new exterior colors: Luce Blu (light blue with a pearl finish) and Celeste (light blue).