Fiat kicked off the new year on a high note. January is traditionally the slowest month for car sales; however, Fiat recorded a 29 percent increase over last year. It was the best January the Fiat brand had since its introduction. Fiat sold a total of 3,222 units last month compared to 2,503 cars in 2013, and 1911 in 2012 (Fiat began deliveries of the 500 in March 2011).

Overall Fiat 500 sales were good taking into account industry wide slow sales of small cars and frigid weather affecting an unusually wide portion of the country. For perspective, Fiat with just two models (the 500 and the 500L) outsold the entire seven car lineup of MINI last month (3,222 for Fiat vs. 2,543 for MINI). That's an impressive feat. 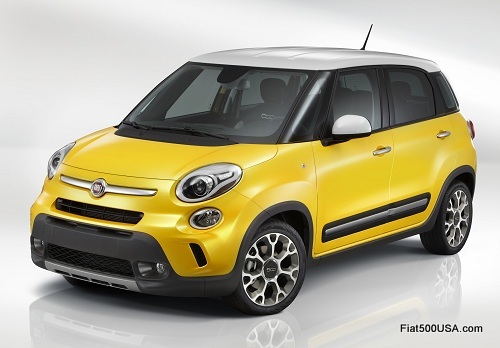 January News
January brought news that Fiat completely took ownership of Chrysler, and the two companies are one. The newly combined Fiat Chrysler Automobiles Group is the seventh largest car maker in the world. Pricing for the new Fiat 500 GQ Edition was released, and the 500 won yet another award.

This time, the Fiat 500 earned a Polk Automotive Loyalty Award in the Non-Luxury Traditional Subcompact Car category. Polk Automotive Loyalty Awards recognize manufacturers for superior performance in owner retention. Owners had such a positive overall experience that they came back to buy another vehicle of the same model, make, or manufacturer. The Fiat 500 was introduced in 2007, and seven years later it still gathers awards! Not many cars do that.