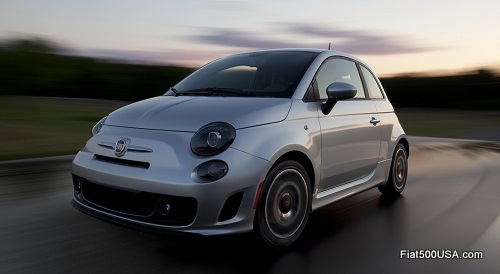 Fiat 500 sales for September took a sizable dip, ending 18-consecutive months of year-over-year sales growth. Overall sales of the Fiat 500 were down 24 percent last month compared to the same month last year. Especially hit hard were 500 Hatchback and Cabrio sales, which recorded a 49 percent sales slump. However, it should be mentioned that September 2012 was the best selling month ever for the 500. Last year's sales were also helped by aggressive year end incentives that curiously haven't yet happened this year. Still, 500 Hatchbacks and Cabrios sales have slowed over the past few months and need a good jolt to get back on track.

Fiat 500L sales also took a disconcerting hit in September and recorded a 16 percent drop compared to last month. Fiat Studios point to a varied product mix and the inability to get certain colors having hurt sales.

Auto sales in general for September are expected to be down somewhat due to many factors including weaker consumer confidence and the current uncertainty around the federal debt situation. Lowered gas prices also have not helped small car sales.

Whatever the reason for this decline in sales, expect Fiat to redouble their efforts in October and come up with something to inject some excitement and bring traffic into Fiat Studios. New models, such as the 500 Cattiva will be hitting dealerships and don't be surprised if you see more social media contests, enhanced incentives and other promotions to kick in this month.

Expand your availability! I live in the middle of the Florida Panhandle and there are NO Fiat dealers in 200 miles. I would love to have an Abarth,but I need a dealer closer than that. You can't tell me that Tallhassee (FSU) and Panama City Beach could not support a Fiat store! My dad drove an 850 Roadster for 20 years-the new ones are better than that and he loved his.