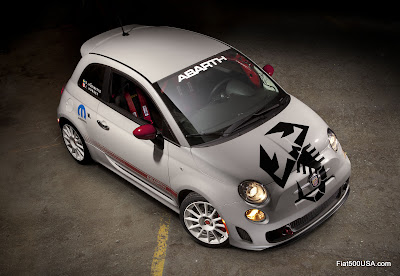 True to the "Small but Wicked" moniker coined by Carlo Abarth, the new Fiat 500 Abarth beat out a slew of competitors to capture second place overall at the 2012 Targa Newfoundland motorsport event. The grueling Targa Newfoundland is a high speed road rally held on public roads and covers over 1200 miles including up to 335 miles of closed-road, flat-out Targa stages.

Competing in the Open Class category, the Fiat 500 Abarth driven by two-time Formula DRIFT champion and stunt-driver Samuel Hubinette and co-driver Jen Horsey recorded 4 second place and 1 first place wins during the 5 legs of the event. This performance earned them second place in the final standings. It was Hubinette's first rally. 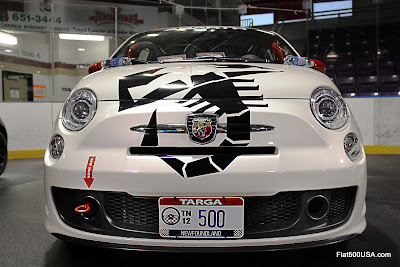 Erasing any doubts of its performance capability, the nearly stock Fiat 500 Abarth held off and beat rivals, some with more than two to three times as much horsepower. Below are the final standing. Take a look at the cars the 500 Abarth competed against and won...

Tim Kuniskis, Head of FIAT Brand for North America, issued a statement saying: “Congratulations to Samuel, Jen and the team for a podium finish in one of the world’s most challenging and intense road rallies. The best part is, they did it with a virtually stock Fiat 500 Abarth, just like the one consumers can purchase from their FIAT studio today. Abarth is synonymous with racing and performance in Europe. The success in Targa Newfoundland, proves that this Scorpion can also bite here in North America.”


In addition to the outright second place win in its class, the Fiat 500 Abarth also won Next Generation Challenge award that recognizes cars with engine displacments of 1.6 liters or less and the 2012 President’s Manufacturers Cup.