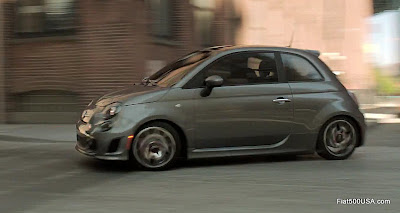 Earlier this year I brought you the first images of the what could be the Fiat 500T. Now driving footage of a car identical to the one I photographed is seen in the latest Fiat commercial that began airing last night. Preliminary info is the Fiat 500T is an uprated HP version of the Fiat 500 Sport, using a detuned version of the 500 Abarth's 1.4 L MultiAir Turbo engine.

Back in February, I was given a tour by Fiat top brass of a couple of concept cars. The first one was the familiar Fiat 500 Abarth Venom / Magneti Marelli showcase concept. The other was a brief look at this grey Fiat 500 Sport with 500 Abarth front and rear fascias and side skirts. Abarth badges were nowhere to be found, and a Fiat emblem was grafted onto the front whiskers. When I asked if this were the new upcoming 500T, I was given the usual friendly "I don't know." Still, the vibe was there, and it was worth taking pictures. I peeked through every opening I could look through and couldn't discern an intercooler and the car had a single exhaust tip. 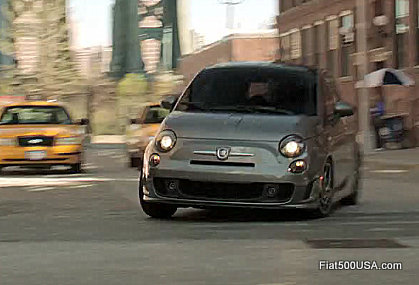 Rumors of the Fiat 500T have been around since last fall, but now seeing an identical car in a commercial looks to be a confirmation of at least the appearance of the car. Naturally, we'll be watching this closely for you. 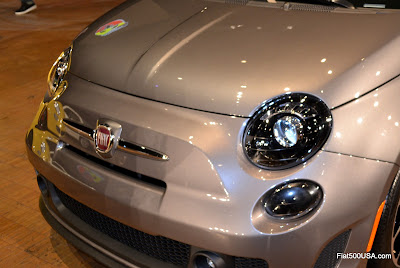