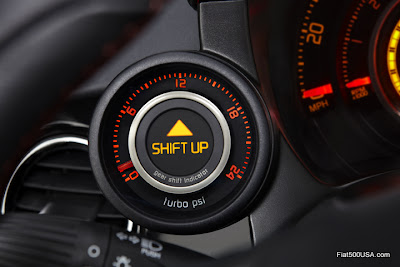 Below is a chart of the recommended upshift speeds for maximum fuel economy published on page 202 of the North American Fiat 500 Abarth owner’s manual.

Courtesy of Chrysler LLC
Posted by Fiat500USA.com at 9:43 AM

Well that's too bad. I'd rather have it work like the European mode. I wonder if there's a way to switch it.

well the way they placed the damn gauge I cant see the light anyway....as my left arm in the 10 to 12 o'clock position blocks the view.