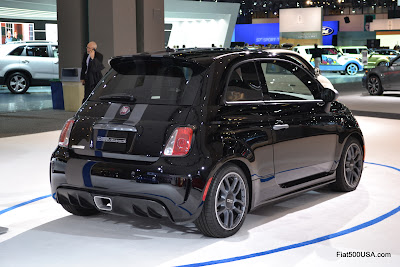 Heard from outside sources is Mopar will be unveiling four new show cars including a new Fiat 500 during its 75th Anniversary celebration Tuesday, January 31!

When you think about American performance cars, the name Mopar shines bright. From the legendary HEMI 'Cudas of the past to the modern racing Viper SRT10s and Challenger V10 Drag Paks, Mopar knows extreme performance. This year marks Mopar's 75th anniversary and they are celebrating in a big way. On Tuesday, January 31, there will be a live broadcast unveiling its latest creations including a new Fiat 500 show car! 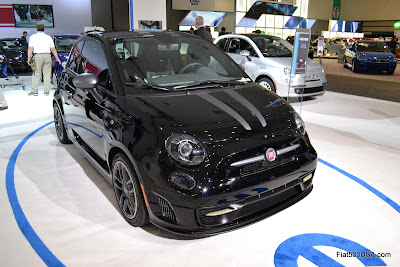 You'd be forgiven if you asked what does Mopar have to do with the Fiat 500, because at first glance they don't seem to have anything in common, but the simple fact is Mopar supplies the parts and manages service to all the Fiat Studios in the nation. Probably more important, from an enthusiast's point of view, is that Mopar has also developed a full range of custom parts and accessories for the Fiat 500.

I'll be hosting the live unveiling here on the site Tuesday morning at 8:30 AM. Watch for a special promotion that you can enter on Mopar.com for a chance to win a Mopar 75th anniversary prize pack.

Below is the official invite: 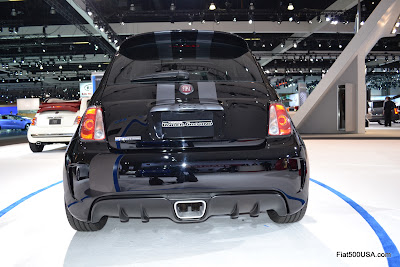 MOPAR 75TH CELEBRATION EVENT
You’ve been a part of our rich history and contributed to our strength today. We invite you to take a powerful ride with us into a new and exciting future. Please join us for a 75th Anniversary Celebration and glimpse in our future.

Event Highlights include:
SPECIAL PROMOTION
Watch the Web Broadcast, for a chance to win a special 75th anniversary prize pack. During the broadcast, watch for a special promo code that you can enter on Mopar.com for a chance to win. Winners will be randomly selected and will receive a Mopar 75th anniversary prize pack.
Posted by Fiat500USA.com at 2:22 PM