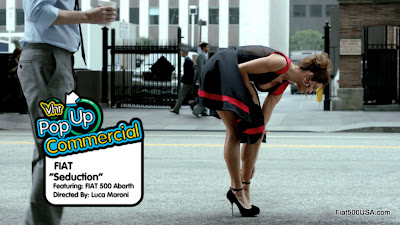 The Fiat 500 Abarth 'Seduction' digital spot has became a viral hit on YouTube, gathering more than one million views within its first week of air time. Now, at more than 2 million views, VH1 has given it the 'Pop Up Video' treatment.

Music Videos - Free Music Videos
Pop Up Video is a popular VH1 television show that typicaly features music videos with information and fun facts that 'pop up' in a speech bubble during viewing. 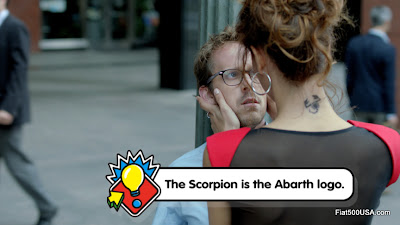 Fiat USA released a press release today that quotes Tim Kuniskis, the new Head of FIAT Brand North America, saying, “’Seduction’ was created to generate awareness for the introduction of the 2012 Fiat 500 Abarth – it’s an edgy video that captures the intensity of this all-new vehicle. VH1 has taken “Seduction” to the next level by giving it another unique and fun twist that both FIAT and VH1 fans will thoroughly enjoy.” 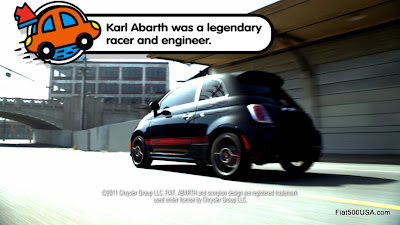 “Pop Up Video has grown into a pop culture institution of its own, intriguing and entertaining our viewers with an added layer of engagement over their favorite music videos,” said Mark McIntire, Senior Vice President, Integrated Marketing, VH1. “FIAT’s ‘Seduction’ spot has already attracted a lot of buzz around the world, making it an excellent candidate for ‘popping.’ Giving their video fun, behind-the-scenes details in our unique pop-up format will help expand the viewership for the spot and keeps the conversation going among consumers.” 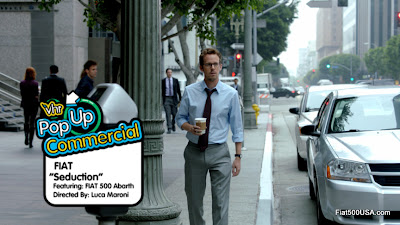 Hi,
Do you know whose dress Catrinel Menghia is wearing in this clip?
Can you help please?
Thanks!
O.C.