Fiat and Jennifer Lopez Controversy: Much Ado About Nothing

With twelve million viewers watching as a Fiat 500c took center stage during a Jennifer Lopez performance on the American Music Awards, there is no denying the Lopez / Fiat collaboration has garnered a lot of interest.

Naturally, with all this attention, the haters on the Internet have had to manufacture some kind of controversy to justify their existence. What they managed to come up with is a stretch even for the most unabashed mudslinger. The supposed affront centers on Lopez not being the one driving the car in her Fiat commercial. 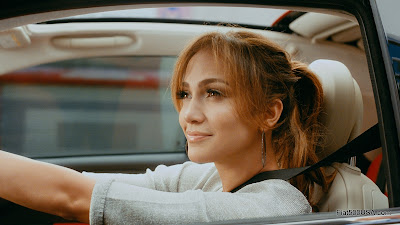 The commercial, labeled as a dramatization, features Lopez talking about her affection for the Bronx while she is driving a Fiat 500c through the streets of the borough. To accommodate Lopez's schedule, the shots of the drive around the New York locations were filmed by a stand-in, while Lopez filmed the others in LA. This is common practice in TV make believe land, however, this is just enough fodder for media types with ulterior motives to express feigned outrage that Ms.Lopez didn't spend a day flying across the country to film a 60 second drive around the block.

That there are naive people out there paying attention to this is not too surprising in itself, but for the "mainstream" news outlets to actually pick up and devote time to this non-story is pretty ridiculous. Man, things must be slow in the news business.

Thankfully, clear thinkers and journalists like Anderson Cooper see through the smoke screen.

I enjoyed the commercial. some people don't like Jlo and some hate small cars. it's a fake status thing you know.Everytime I see this car, I want it more and more.

I like the commercial. Some people don't like Jlo and some people have a biased against small cars. they still think that small cars are for poor people and so are beneath their dignity.
I love this car and can't wait to get one.

But hey, getting in the news is more attention, more awareness. And you don't get into the news without controversy ;) So all in all, I'd strike it up as a lucky, even if not intentional, break.

The whole "controversy" over whether Jennifer Lopez drove the car in The Bronx is definitely overblown. I think the real issue is that Fiat made the mistake of hiring J-Lo for this ad campaign. I think that the star has to be credible when matching them to a product. J-lo's well-known "diva" behavior immediately tells me that she would not condescend to drive a car like a Fiat 500. Thus, the J-Lo ad campaign is a 100% flop in my eyes.

The 500 IS a favorite car for celebrities in Europe, so saying she wouldn't drive a 500 doesn't ring true. Thinking that a well to do person wouldn't drive a 500 isn't accurate because many 500 owners own Ferraris and are well known people. The 500 is not a cheap car like a Yaris, etc.

The 500 is a great car in a difficult market. I had considered buying one, but I have to admit the JLo commercials killed that thought quickly. Now Fiat has to dig itself out of a stereotype (ie: "chick" car). The good news is that most of the people getting their panties in a bunch over all things JLo are the 500 owners themselves (you middle-aged men know who you are!). Most of the public has no idea this car exists, and therefore there is plenty of time to erase Soave's bad decisions.

The big reason some of us disliked this ad was NOT whether JLO drove the car or not, but how it was presented.

The whole ad campaign seems to focus more on her than on the actual car itself, which is a shame as the car needs to be featured more and demonstrating its features and good points, rather than someone's "video presentation" which is how it's being touted as.

Anyway, I hope Fiat can reverse its sales slump as I still am hoping to buy one next year (the sport sedan with manual).

Who drove the car where is irrelevant. The alleged Fiat commercials are all about Ms. Lopez, not the 500 - that's the problem. The new Abarth ad is spot-on though: funny, sexy (thank you Ms. Menghia) and the car's the star.

Car of the Stars

I named ten, plus a couple. How did I do on my assignment? ;)

That story was in the pipeline anyway. LOL

Anyway, the point of the story is it is ridiculous to condemn Fiat for having a stand in drive the car.

Actors don't drive the car in films the majority of times. It is not news.

The people in the media doing condemning have an agenda or are haters, so why pay attention?

Is this car offered with an automatic transmission? not intending to offend sports car enthusiasts.