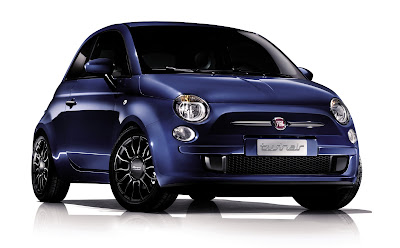 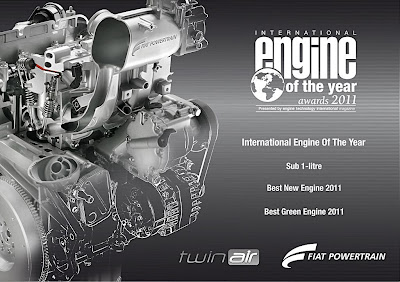 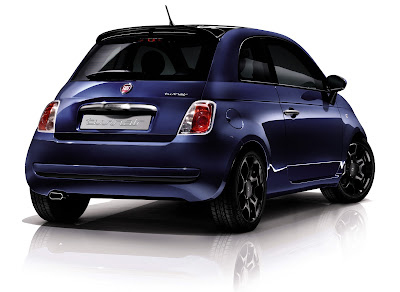 The performance of the twin-cylinder unit is not only equivalent to the 1.4 16v, but its fuel consumption is 30% less. When compared with the 100 HP 1.4 engine, the 85 HP TwinAir delivers a torque increase of 25% at 2,000 rpm despite the reduction in fuel consumption. Fuel consumption is : 4.0 l/100 km and 4.1 l/100 km in the combined cycle with a Dualogic robotised gearbox and manual gearbox respectively.

Additionally, the Fiat 500 TwinAir boasts the best CO2 emission levels in the world for a petrol engine: 90 g/km with Dualogic robotised gearbox and 92 g/km with manual gearbox. 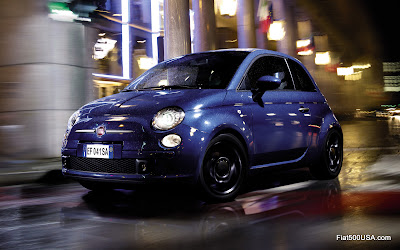 The concept of turbocharging a smaller engine to achieve the horsepower of a larger engine has been done before. What is new is the application of MultiAir, the technology that Fiat invented, that boosts torque output, fuel economy and drivability all while lowering emissions. 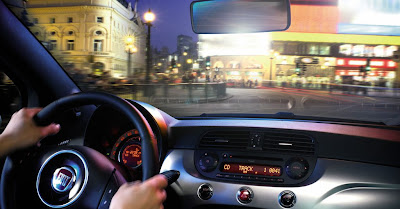 Previously, these smaller turbocharged engines would make good power when on boost, but suffer from a lack of torque at lower rpm and when off boost, taking away from their drivability and driver enjoyment. MultiAir (which has been described as variable valve timing on steroids) boosts torque and drivability during these periods and truly enable the smaller engine to better match the larger engines dynamics. 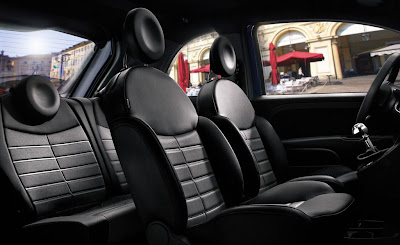 Start & Stop
The 85 HP Fiat 500 TwinAir also comes with Start & Stop as standard equipment. This device temporarily stops the engine and restarts it, ensuring reductions in fuel consumption and noise in the passenger compartment when the device is in operation.

GSI
A Gear Shift Indicator (GSI) light is fitted and suggests when to shift based on the most efficient use of the engine. The GSI may suggest shifting up, to allow the engine to burn a leaner mixture, i.e. one containing less fuel, or shifting down to make best use of the available torque. 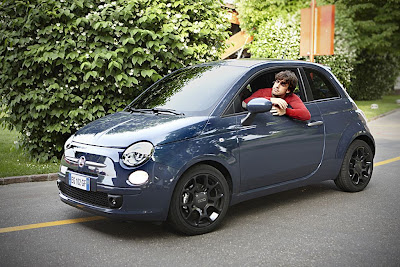 byAbarth Package
Starting in October, Fiat will offer the “byAbarth” customisation kit, that includes “Total Black” 16” special alloy wheels with Abarth hub caps, side skirts, rear spoiler, racing graphics on the hood and a sport pedal kit. The new “byAbarth Pack” will be offered as an option combined with the Pasodoble Red and Crossover Black exterior colors. Pictures haven't been released yet, but as soon as they are available, I'll post them.

Source: Fiat Group Press
Posted by Fiat500USA.com at 1:55 AM

Any chance the TwinAir will come to the US?

READ THE INFORMATION GIVEN:

"The winner of "International Engine of the Year 2011", the 85 HP TwinAir offers low fuel consumption and the lowest CO2 emissions in the world for a petrol engine (90 g/km)"

It's just TOO damn fuel efficient for Big Oil to allow it in...

READ THE INFORMATION GIVEN:

"The winner of "International Engine of the Year 2011", the 85 HP TwinAir offers low fuel consumption and the lowest CO2 emissions in the world for a petrol engine (90 g/km)"

It's just TOO damn fuel efficient for Big Oil to allow it in...