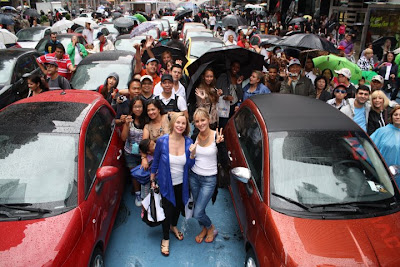 Fiat USA has released August sales figures for the Fiat 500. The Fiat brand recorded the largest monthly sales volume since the 2012 Fiat 500 went on sale in March.

If you are a Fiat fan there is also another reason to smile; sales figures for the Fiat 500 in August just about matched MINI sales that month.

August marks the first full month of the Fiat 500 marketing campaign. The long awaited Fiat 500 advertising campaign kicked off last month with a TV ad and experiential marketing events all over the country. These well attended events allowed the public to experience the Fiat 500 up close and see for themselves why the 500 is one of the most sought after cars in the world.

Preliminary planning back in August 2010 called for the bulk of Studios being open by February 28, 2011 and then the marketing campaign to begin in March - April. Delays have been attributed to at first building plans and permits taking longer than expected, but the weakened economy, no doubt, has also played a role.

“We now have more than 100 open FIAT Studios across the United States,” said Laura Soave, Head of FIAT Brand North America. “We will continue growing our network adding more FIAT Studios almost weekly through the rest of this year".

Below are the most noted Fiat Studios in the US that are doing a fantastic job introducing people to the new Fiat 500: 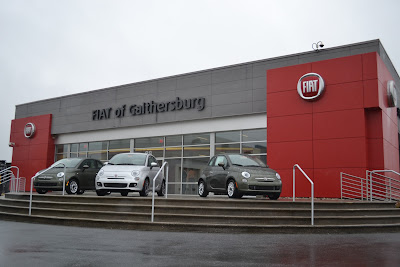 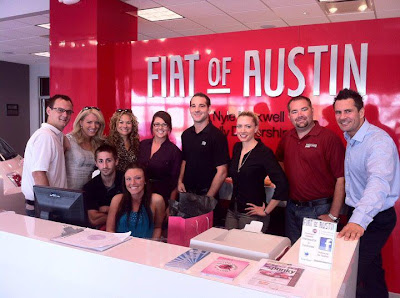 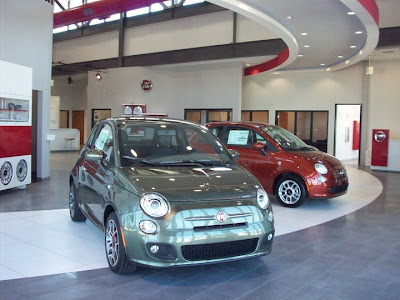 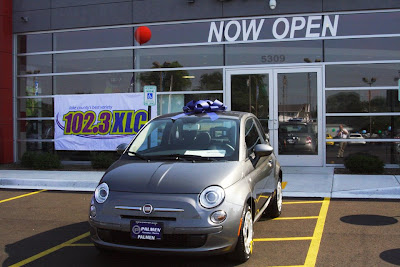 Palmen FIAT
Below are the monthly summaries of Fiat 500 sales in the US:

Ok let's not get quite so carried away. I am a Mini owner and a potential future 500 Abarth owner but the Mini sales figures have been pretty steady since the car was introduced in 02 while the 500 is the new kid on the block. I hope Fiat, and hopefully Afla Romeo, will be around and successful in 10 years.