Fiat 500 by Gucci set to unveil this week 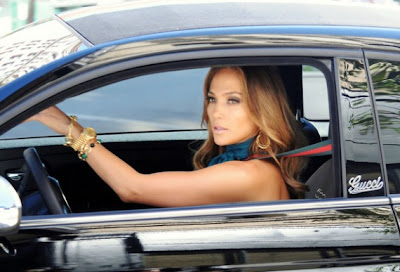 The North American debut of the Fiat 500 by Gucci will be this Thursday during Fashion's Night Out in New York City. Expect the car to make a big splash in the fashion world. Fittingly, the exquisite Jennifer Lopez has come together with the elegant 500 by Gucci to film a commercial that will air shortly.

Meanwhile in Europe, the Fiat 500c by Gucci is on a tour of the most distinctive and posh areas on the continent. The 500c Cabrio went on sale in August, with deleveries to begin this month.

Take a look at the stylish tour below:


The European Tour for the launch of the convertible 500C by Gucci started officially on 19th August in Saint-Tropez. Place Celli, in the heart of the city, was the setting for the opening of the tour. A 5x5m glass cube branded 500 by Gucci was set at the square center and stayed on display until the 27th of August. 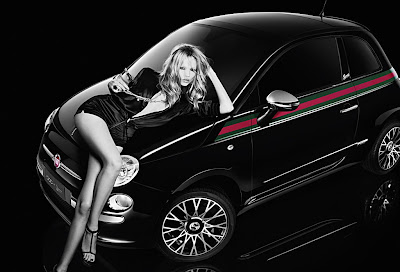 Natasha Polly and the Fiat 500 by Gucci
A striking 5-by-5 metre crystal cube with elegant shiny black lacquered bottom and top will be set up for each stage of the tour. Inside, set like a precious jewel, an example of the exclusive cabriolet will be on show. At night, the installation will light up creating a suggestive atmosphere that will further enhance the elegant car and the prestigious location. The stage is completed by three small showcases displaying some of the articles in the "500 by Gucci" collection, which comprises travel accessories, small leather goods, track suits, bomber jackets, driving gloves, eyewear and a watch.

Like the saloon version before, an original advertising campaign has been created for the Fiat "500C by Gucci" in which the car features next to model Natasha Poly. The selected Fiat dealerships that will be displaying the "500C by Gucci" will receive copies of an exclusive lifestyle brochure created as a fashion catalogue and designed to bring out the class and one-of-a-kind nature of this extraordinary interpretation of the glamorous world of 500 in artistic photographs.

Email ThisBlogThis!Share to TwitterShare to FacebookShare to Pinterest
Labels: Events, Fiat 500 by Gucci