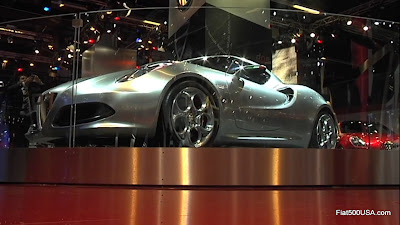 The Alfa Romeo 4c took center stage at the 2011 Frankfurt Auto Show, showcasing Alfa Romeo's commitment to technology, performance and passion. These have been the core values of Alfa Romeo since the beginning, and the Alfa Romeo 4c marks a refocus on these founding principals.

Alfa Romeo calls this commitment "DNA Technology", and they describe it as:

“D.N.A. Technology” is the Alfa Romeo philosophy for the technical development of all its models. Every car must know how to combine excellent dynamic performance (according to the brand's tradition), performance efficiency and environmental sustainability, maximum comfort and active and passive safety with control in all conditions.

The Alfa Romeo 4c is a two-seater, mid-engine rear-wheel drive coupé with a length of approximately 157 inches and a wheelbase of less than 94 inches. The 4c has an outstanding power to weight ratio of approximately 9 lbs/HP (which rivals the blistering Porsche Caymen) due to extensive use of carbon and aluminum. The 4c weighs 1874 lbs and is expected to have over 200 HP, guaranteeing acceleration to 62 mph in under 5 seconds and a top speed over 155 mph. Look for the Alfa Romeo 4c to be in US showrooms in 2013. 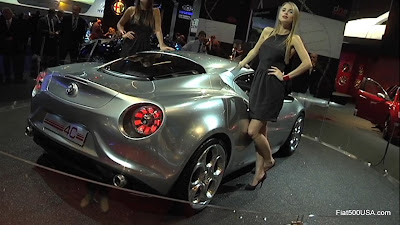 Along with the stunning 4c, the Giulietta and Mito models were also shown off with new technologies. 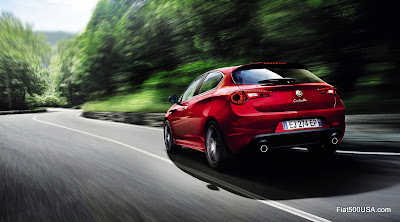 The spotlights were on the Alfa Romeo Giulietta with the 170 HP 1.4L Turbo MultiAir ("Best New Engine 2010" and the same basic engine in the new US 500 Abarth) with Alfa TCT dual dry clutch transmission.

This outstanding car has a top speed of 135 mph and needs just 7.7 seconds to accelerate from 0 to 62 mph. Even with this excellent performance, the fuel consumption and emissions are extraordinary low: 5.2 l/100 km over a combined cycle and 121 g/km of CO2, values that make the Giulietta the most environmentally-friendly and efficient gas-powered compact on the market in Europe, even when compared with manual gearbox versions of competitors with definitely lower power ratings and performance.

Also on display is the Giulietta flagship: the 235 HP 1750 TBi engine combined with the exclusive Quadrifoglio Verde trim level. This engine has a specific torque of 144 lbs-ft(195 Nm)/litre, which is the highest of all gas engines in this category. Peak torque of 251 lbs-ft (340 Nm) is reached at just 1,900 rpm. 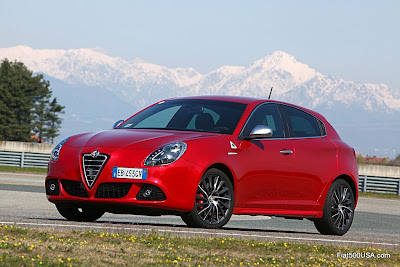 Expect to see a US version of the Giulietta when the car is refreshed sometime in 2014. 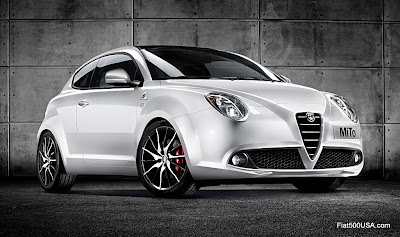 The Alfa Romeo MiTo TwinAir is also making its debut in Frankfurt. The TwinAir Turbo ("International Engine of the Year 2011") develops 85 HP at 5,500 rpm and torque of 107 lbs-ft (145 Nm) at 2,000 rpm. The Mito fitted with the TwinAir engine is able to supply between 10% and 25% more torque compared with the 105 and 78 HP petrol engines currently in the range. New alloys wheels and trim packages fill out the rest of the MiTo lineup.

Expect to see a new 5 door version of the MiTo in US showrooms in early 2014. 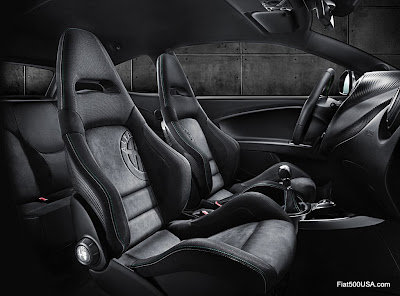 With help from Fiat Group Press
Posted by Fiat500USA.com at 1:24 PM