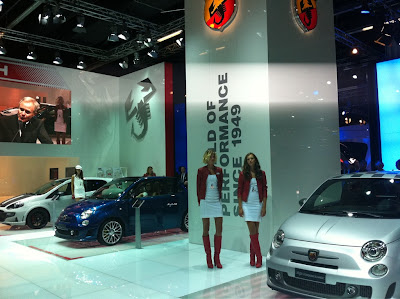 Abarth unveiled three cars at the 2011 Frankfurt International Auto Show yesterday: the Abarth 500 “Cabrio Italia”, the Abarth 695 Competizione and the Abarth Punto “SuperSport”. If you couldn't make Frankfurt, here is the Abarth press release plus some videos for you to enjoy:


Abarth, a world of performance since 1949

Abarth will be at the 64th Frankfurt International Motor Show with a stunning stand with three major world débuts to underscore - yet again - the brand's unique position on the international motoring stage.

The Abarth 695 Tributo Ferrari was the shining star during the last edition in September 2009. The fastest and highest performing road-going 500 ever, arising out of joint venture between Abarth and Ferrari, it was a challenge that Abarth picked up with enormous success. Over the past two years the Giallo Modena, Blu Abu Dhabi and Grigio Titanio versions have been added to the Rosso Corsa livery exhibited in Frankfurt in 2009, for a total of 1,695 vehicles. Since its launch in July 2010 more than 1,300 vehicles have already been delivered, crossing the European borders and reaching as far as Mexico, Quatar, the Arab Emirates, Australia and Japan.

Results like these could do nothing other than affect the strategic choices of the Brand. In this Frankfurt International Motor Show edition it presents itself to the public with three new specialties, each of which emphasises the brand's values: sportiness and Italian style, represented by the new Abarth 500 Cabrio Italia, heritage with the new Abarth Punto Super Sport, and racing spirit with the new Abarth 695 Competizione. 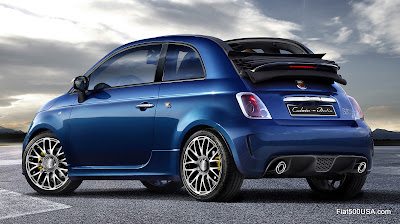 The exhibition of these vehicles confirms the success of the new slogan, "Abarth, a world of performance since 1949", recently publicized in a multimedia campaign with the usual special emphasis placed on digital media.

Moreover, a premier in the Digital World as well is being presented in Frankfurt: "Abarth 24h Mobile", the first I-phone application with which the brand intends to reach all its customers and fans in mobility. It is an extremely interactive and easy to use application. It has product features created for Abarth car owners and enthusiasts who can register and take part in all brand events and interact with the official social networks of the brand using the application. 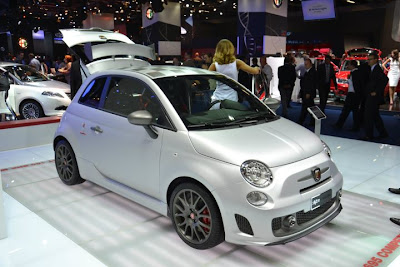 The Frankfurt International Motor Show is also an opportunity to take a look at the two pillars of the Abarth business model: roadgoing cars and the world of racing. During 2011 more than 6,400 cars have already been sold (Abarth 500 saloon and convertible and Abarth Punto). Together with the already mentioned results of the Abarth 695 Tributo Ferrari, these figures contribute to confirming the good results the brand has recorded between its relaunch and today. Suffice it to say that since 2008 the brand has enjoyed continual growth, as evidenced by sales of nearly 36,000 Abarth Grande Punto and Abarth 500 vehicles sold, in addition to approximately 9000 performance kits designed for the two models. 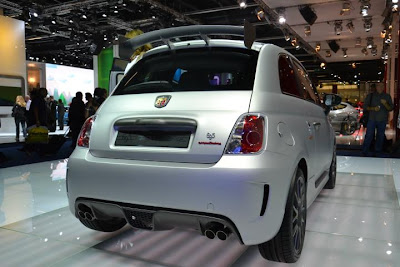 These sales successes have been partly made possible by the extraordinary network of dealers and official tuning shops, an organisation that is unique in its field and has further extended to other international markets such as Australia, Morocco and South Africa in 2011. 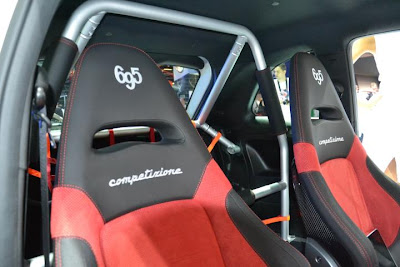 Last but not least, Abarth returns to the Frankfurt International Motor Show with a stunning stand where major world débuts mingle with tried and tested models to underscore – yet again – the brand's unique position on the international motoring stage. The design idea that inspired the space is simplification: the architecture does not use a language to interpret the brand but acts as a foundation to enhance its values. 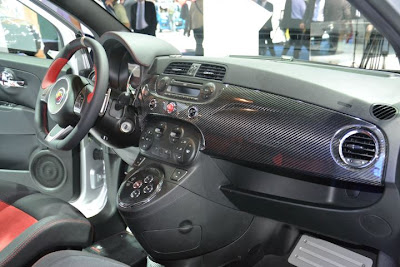 Abarth and its world take centre stage and the brand exhibits itself to the public in all its pureness and simplicity, in its maximum essence. This approach focuses attention on the three new Abarth cars, positioned in an extensive space with three areas of light; a huge LED display representing the central element of the scenery forms an ideal backdrop for the cars. Technical drawings of Abarth engineering are ideally exhibited under a glass floor, visible to all, as used to happen with cars when their rear bonnet lids were partially raised.