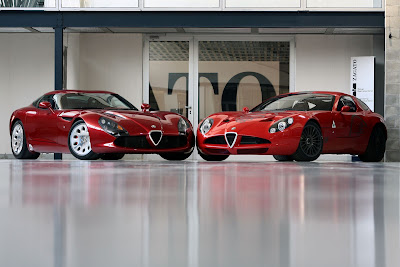 The famed Italian coach builder Zagato has created a new Alfa Romeo in the continuing celebration of Alfa Romeo's 100th anniversary. Last year, Zagato unveiled the TZ3 Corsa, a one off track car. Now with the new TZ3 Stradale, Zagato creates a street car that captures the the excitement of the Corsa, but in a street legal package.

The gorgeous TZ3 Stradale not only has the looks to kill, it has the brutal horsepower to get the job done.

In keeping with the news of the subsequent merger of Fiat and Chrysler synergies, the TZ3 Stradale uses the chassis and engine of the Dodge Viper ACR. 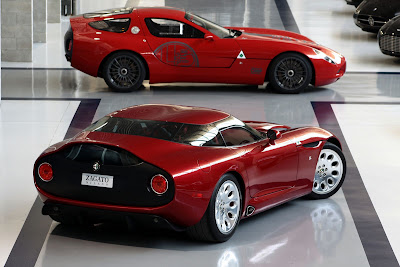 There will be nine Alfa Romeo Zagato TZ3 Stradales produced. Three are already spoken for, the rest going to some extremely lucky individuals!

Alfa Romeo is coming back to the US next year. I have the feeling that 2012 will be an exciting year for car enthusiasts in this country!

Below is the Zagato press release on the Alfa Romeo Zagato TZ3 Stradale:

The "TZ3 program" managed by Zagato to celebrate the 100th Anniversary of Alfa Romeo (1910-2010) ends with the delivery of the TZ3 Stradale.

The initiative started in 2009 with the manufacturing of the "one off" TZ3 Corsa which won the Villa D'Este Design Concept Award in 2010 and followed with nine (9) TZ3 Stradale. 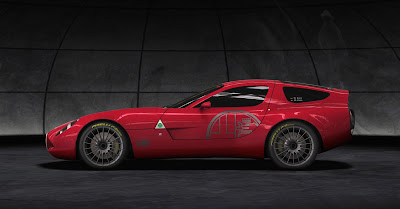 The TZ3 Corsa is a track car. It is not a design exercise. It is a Neo-Classic car.

The TZ3 Stradale is a Design Exercise. It is not a race car. It is an Avant-garde car. 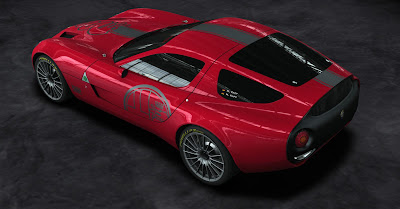 The TZ3 Corsa is a tribute to the Alfa Romeo and Zagato racing heritage. It is a one off. 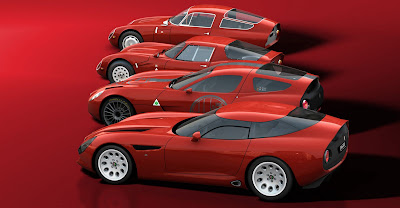 The TZ3 Stradale is a tribute to the Alfa Romeo and Zagato street legal heritage. Just 9 examples in the world.

In total 10 collectible cars for the 100th anniversary of Alfa Romeo made by its most prolific contributor, both with race and road legal bodies. 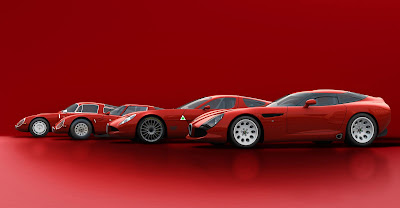 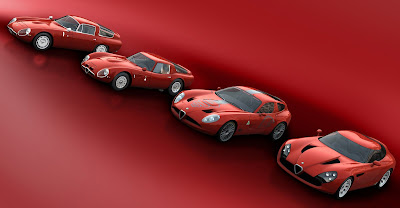 The TZ3 Corsa is based on a mono shell carbon fibre chassis, coupled with a tubular frame and a hand beaten lightweight aluminum body. It's equipped with a front-central V8 90° 4.2 liters engine and 6-speed sequential gearbox.

The TZ3 Stradale is based on the Viper ACR mechanical chassis with a carbon fiber body. "Bellezza necessaria" is the inspiration of this car which matches for the first time an USA power train and can represent the first American Alfa Romeo. 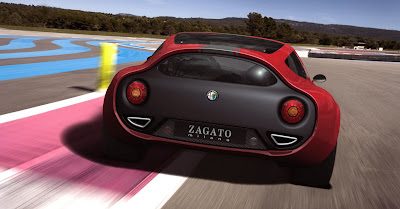 Both TZ3 Corsa and TZ3 Stradale boast a typical Kamm-tail (K-tail) layout. This solution became famous in Italy with the "Coda Tronca" bodies which were tested by Zagato in the beginning of the 60s. They reached their apex on the Alfa Romeo TZ and TZ2.

Kamm Effect is part of the functional design approach that aims to the aerodynamic efficiency.

According to this, the CX can be lowered by keeping compact volumes at the same time. The reduction of the wind resistance is assured with the Kamm Tail design, without any need of a very stretched "drop" shape of the tail.

Reports have indicated a 2013 launch due to styling issues with the giulia. The possible exception is the compact cuv originally slated for late 2012. No mention of US manufacture has been made except for hints at using the Sterling Heights plant, but it is to be made at the Mirafiori plant in Italy. No mention has occured about being on the auto show circuit.

Styling issues with the Giulia... Do you, US people, really dislike the styling of Giulietta (smaller than the Giulia but similar styling)?
Look here... http://www.alfaromeo.it/it/Documents/e-brochure/giulietta/index.aspx

I actually know one of the lucky people who is buying this car. He lives in Toronto and he is indeed one of the richest men in Canada.