Poll: What other engine should be offered in the Fiat 500?

We know the North American Fiat 500 will come with the 1.4 liter MultiAir 4 cylinder engine, but in Europe, the 500 also offers two other noteworthy engines; a 1.3 liter MultiJet II diesel and the twin cylinder TwinAir.

Both engines are at the cutting edge of design and engineering, offering the best technology for their respective fuel type.

Which one would you prefer to see here? I've put up a poll to let you voice your opinion.

Below you can read up on each to help make your decision. Have fun! 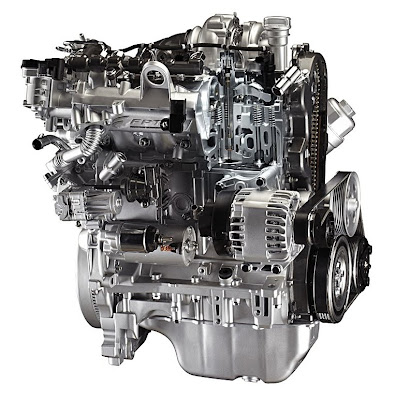 Fuel consumption (combined urban/Hway): 3.9 l/100km (60 mpg)**
If MultiJet II comes to North America, it could change how Americans perceive diesel engines and what type of engine they prefer equips their car. 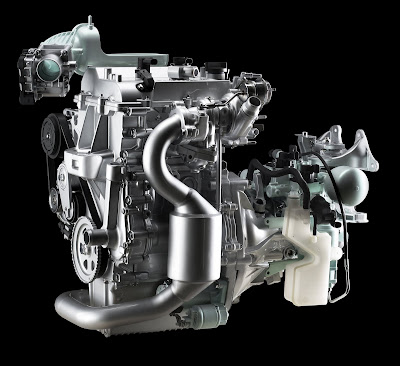 Fuel consumption (combined urban/Hway): 4.1 l/100 km (57 mpg)**
*TwinAir with 105hp has not been released in Europe yet. It's safe to assume the fuel economy will be somewhat less.

The TwinAir concept (smaller engine offering the same or more performance of a larger one) will come to Chrysler engines in various forms in the near future. Whether we'll see the actual pioneer twin-cylinder engine is not known.

Fuel consumption (combined urban/Hway): 6.3 l/100km (37 mpg)**
Above are the specs for the European version of the 1.4 liter 16V. Please note for comparison purposes, I have used the European 1.4L, the North American 1.4L will have MultiAir and have different power output and fuel economy figures. 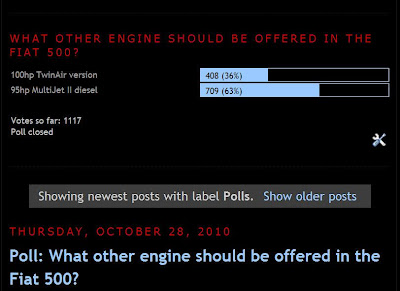 It was a tough choice, but the the people have spoken! Now, if we're lucky, one day we might see this gem here!

Thanks to all that voted!

I've been planning to do this poll for a while, but thanks to reader peterjerome for
inspiring me to get it done!
** European fuel economy figures
Posted by Fiat500USA.com at 8:43 AM

I would love to see the diesel available here. Awesome mileage, a ton of torque, and decent horsepower for a car it's size; what's not to like?

Both engines look great. If Jeep does bring in (as rumoured) a rebadged Panda 4X4 to help their Average corporate fuel figures, the diesel would be a great fit. However, diesels are usually substantially heavier than their petrol counterparts (especially if your petrol engine only has two cylinders). Light weight is where it is at for driving enthusiasm in small cars. The TwinAir (105hp) in a 500 or smaller less luxurious city car will be truly in sync with the spirit of Abarths of yesteryear. I think there are loads of people in the Americas that "get it".

I agree with Both of you. The diesel is awesome. Love that torque rating.

Although it does weigh more than the gas 1.4L 16V, it's not by much (forget at the moment).

Yet, the TwinAir intrigues me. The 85hp puts out more torque than the 1.4L, I would love to see the 105hp specs.

It is a tough decision!

I've always found something sluggish about diesel engines, yes it may have more torque, but I feel like 85bhp for a two cylinder is incredibly impressive, and much more practical for the US market.

The 1.3 Multijet II is really an engine to like. Besides good performance, it is also extremely cheap in maintenance: The engine has no cambelt and only needs new oil every 30000 km.

An interesting feature of this engine is that it opens new possibilities in safety. Normally when you see a dangerous situation on the road, you try to break. However, because the torque at low rpm of this engine is so great, you also have the possibility to accelerate yourself out of trouble. With normal engines this is normally no option, because you cannot get up to speed fast enough. Not with the 1.3 multijet: Push the gas, engine responds immedeately, even if you have no speed, and you boost yourself out of trouble. It's a great extra tool to have at your disposal as driver.

It's the price that spoils the fun... Diesel engines are more expensive than petrol engines, and price certainly is a factor for a small car like the 500. Taking price into account, the Twinair is a perfect engine...

Hi Chris- The fuel mileage figures above for the 1.4L and the diesel are confusing; the numbers cited on this site in FAQ are considerably better, particularly for the 1.4L.
Thanks for all your work on this.
-TR

"Hi Chris- The fuel mileage figures above for the 1.4L and the diesel are confusing; the numbers cited on this site in FAQ are considerably better, particularly for the 1.4L.
Thanks for all your work on this."
-TR

Yes, those are Imperial British and I'm going to change those (as soon as I get home from work tonight) and some other figures on my site.

Those were inadvertent by the way:(

Wow, thanks for combining the various engine choices specs here for us to look at. One thing to note is the compression. The diesel gives us 17.60:1, whilst the twinair is around 10.0:1, no wonder the diesel has boat loads of torque at near idle, the twin air, while only at 107 at 1900 may still offer what one commenter said, enough torque to power oneself out of a potential dangerous situation and as is being speculated, just what the specs for the 100 horse version of the TwinAir and what if any changes for NA, and for that we'll know soon, like by the end of November perhaps.

Your timing is handy as I was about to write up a post on my online journal about how people are choosing the diesel over the TwinAir and perhaps may or may not know the specs on the new motor (especially if from the US/Canada) when we have had such a negative experience with poor performing (read, slow) diesels and the fiasco that was GM's "brilliant" idea to convert a gas motor into a diesel, only to have it all blow up in their face back in the 80's.

I would like the all electric motor version please.

Hi Chris- I was mildly disappointed to learn the 1.4L fuel mileage wasn't as good as originally posted; 37 is pretty good, but not the game changer 45 would be. But then I realized, as you pointed out, that's for the non-multiair version. A non-turbo 1.4L multiair hasn't been built yet (correct?) From this site, multiaire adds 10% power, 15% torque, and 10% better fuel mileage. Add those numbers to the those for the 1.4L above, and it starts to look interesting again. All speculation at this point, I know.
-TR

I read once that half of the cost of a diesel engine goes into the mechanisms that clean its exhaust. Most of the new designs use a catalytic converter, a particle trap and urea injection. They have further hurdles to jump to stay ahead of impending regulations. If "all electric" is the Holy Grail then one of the two types of hybrids(Prius or Volt)could be our stepping stone until the range of electrics are extended or there are charging stations at parking meters. The TwinAir will fit in well as half of a hybrid system in the 500 or larger cars from FIAt or Chrysler.I think that GM is using too big of a motor (and too many cylinders) as their generator in the Volt. The TwinAir (in its present set up) would work well in the Prius type hybrid systrm. It could also be simpified (the way Lotus worked things in their hybrid prototype)to act as generator in a Volt style hybrid. With its diminutive size, weight, and emmisions there is the potential to apply this motor to a lot of applications. Personally, I want it all by itself in a "Son of 850 Spyder" two seater.

If the diesel does not have radically better fuel economy than the TwinAir, that eliminates the primary if not sole reason most Americans might even consider choosing a diesel at all. Regardless of any other technical or practical advantages the diesel may offer, those are only appreciated by a relative few cognoscenti; for mass-market appeal, the diesel would need to have economy as its most compelling advantage.

Hi, just came back from Italy. drove a 1.3 diesel for a week and then my wife suggested we rent another 500 seeing as the first week was so great.
First week i was just blown away with the 1.3 diesel. At one point I was following an A4 at 197 kmh. Thats right, not downhill. Milan to Cing de Terre. This thing just pulls and pulls. We were in the mountains around Lake Como and no changing gears to go uphill. and over 60 MPG to boot.
Week two, 1.4 gas. What a piece of junk. top speed 160. took two miles to get there. The 1.3 just leaps forward. had to upshift on hills, Had too!! 25 MPG!!!
I will by a 1.3 if they bring it. I will drive an Abarth/sport when they come. The turbo should help.
I drive a 2007 A3, 1993 eagle talon[worked over by magnus] 1997 Miata, supercharged.
I drove a 1977 VW gti. That started my love affair with small cars. The 1.3 500 i drove put a smile on my face just like that. I am so juiced to get one and run down all the silly north americans who think diesel's suck.
please drive before you drive and send Chrysler a note BEGGING for the 1.3.

Chis here is another interview from the Paris auto show about the Twin Air.

Is there another way to email you?

You can reach me directly at Chris(at)Fiat500usa.com