Fiat building its MultiAir engine in the USA 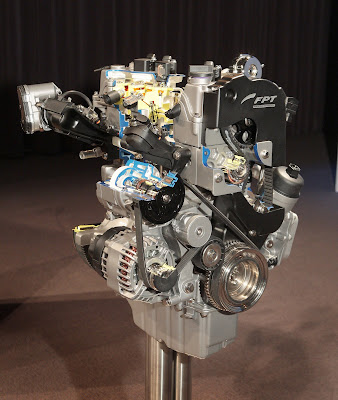 Fiat has decided to produce the Fiat 500's MultiAir engine at the Chrysler Dundee, Michigan engine plant (GEMA). It beats out the Saltillo, Mexico engine plant that was also in the running to manufacture this engine. Saltillo is near the Toluca, Mexico plant that produces the 500.

GEMA, which stands for Global Engine Manufacturing Alliance LLC, was a manufacturing arm of Global Engine Alliance LLC. The alliance was a joint venture of Chrysler, Mitsubishi Motors, and Hyundai Motor Company for developing a line of shared engines. On August 31, 2009, Chrysler bought out the two partners and the engine facility is now a wholly-owned subsidiary of Chrysler Group LLC.

Fiat will invest $179 million at Dundee to produce the MultiAir engine, bringing an estimated 155 new employees to Chrysler. To help bring this investment about, the Michigan Economic Growth Authority Board in November approved a $4.6 million, 10-year tax credit for Chrysler.

Another reason for choosing Dundee over the Saltillo plant was the stipulation in the original Chrysler/Fiat alliance that in order to increase its stake in Chrysler, Fiat would have to produce this engine here in the USA.

Below is an excerpt of the official Fiat/Chrysler agreement:

The following is the official Chrysler press release on this investment:


Auburn Hills, Mich., Dec 17, 2009 - Chrysler Group LLC will invest $179 million to launch production of an advanced technology, fuel-efficient engine for the North American market, which will be built at the company’s Global Engine Manufacturing Alliance (GEMA) plant in Michigan.
The investment will create up to 573 new jobs industry-wide, including up to 155 new Chrysler Group jobs.

The GEMA plant, located in Dundee, Michigan, will produce the 1.4-liter, 16-valve Fully Integrated Robotized Engine (FIRE) for use in Chrysler Group’s growing fleet of fuel-efficient vehicles. FIRE is a collaboration between Chrysler Group and Fiat powertrain groups and will include Fiat’s innovative advanced technologies to reduce engine emissions and improve fuel economy.

“This is one more important step forward that demonstrates our intent to deliver on the promise of the Fiat-Chrysler strategic alliance and the substance of the road map we laid out in November,” said Sergio Marchionne, Chrysler Group LLC Chief Executive Officer.

“This project further demonstrates that Michigan has the competitive business climate, infrastructure and talented workforce to compete in the global marketplace,” said Governor Jennifer M. Granholm.

"We are pleased and excited with the I-4 FIRE engine loading at GEMA. The UAW is committed to working with the Company to continue doing everything we can to ensure this new engine launch is successful." said General Holiefield, Vice President and Director of the UAW, Chrysler Department.

Today’s announcement follows a thorough site selection review by the company and actions by the Michigan Economic Development Corporation and the Village of Dundee in support of the project. 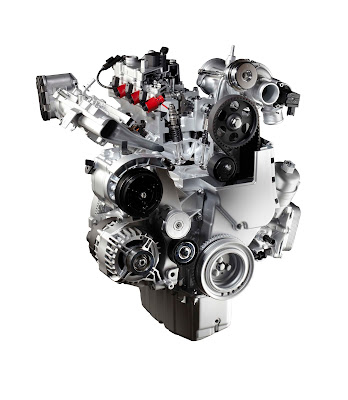 Production of the 1.4-liter engine at GEMA will begin in the fourth quarter of 2010. The first application of the engine will be in the North American-built Fiat 500 that will go into production in 2011.

Chrysler Group has two plants at the GEMA complex, located at 5800 North Ann Arbor Road outside Dundee. In addition to the South plant which will produce the FIRE, the North Plant, opened in October 2005, produces the World Gas Engine, Chrysler Powertrain’s naturally-aspirated, four-cylinder engine family. 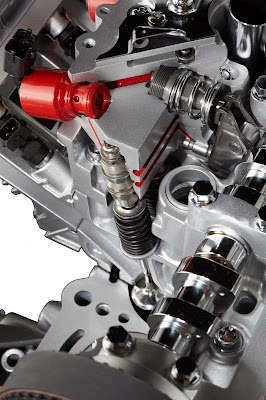 The 1.4-liter FIRE features four valves per cylinder and incorporates state-of-the-art technology for Fully Variable Valve Actuation (FVVA), also known as MultiAir. Multiair is a sophisticated technology that delivers an increase in power up to 10 percent and a reduction in fuel consumption and emissions up to 10 percent when compared to similar engines. A turbo version of the engine is also planned and will produce a fuel economy improvement up to 25 percent when compared to a V-6 engine with equivalent power.

The MultiAir system consists of electro-hydraulic variable valve actuators filled with conventional oil, which is interposed between the camshaft and each valve. A solenoid valve is energized every 360-degree camshaft rotation, regulating the quantity of oil addressed to the actuator or to a reservoir. The lift of the valve is a function of the quantity of oil addressed to the actuator, ranging from full lift to complete valve closure. Each solenoid valve may also delay application of the actuator in advance, leading to late valve opening or early valve closing.

MultiAir is exclusive for Chrysler Group in North America and is based on a series of Fiat Powertrain patents related to hardware, combustion strategies and controls that allow for full control of the lift and timing of engine valves. 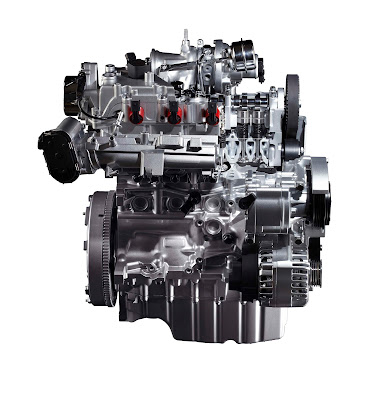 In the early 1970s, robotics in assembly plants was not common. The term “FIRE” came into existence when Fiat integrated the use of robotics in the production process of manufacturing plants. Although mechanized assembly is commonplace today, the brand name FIRE has remained with Fiat’s powertrain lineup. 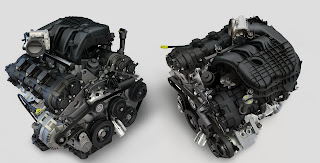 The 1.4-liter FIRE with Multiair is the world's first mass production engine to incorporate such technology to control the intake valves. Dedicated components have been developed to accommodate four "bricks" (one for each cylinder), which package relevant components. MultiAir technology can be adapted to different types of engines, including Diesels for enhanced NOx control, and is planned for Chrysler Powertrain's four-cylinder World Gas Engine and all-new Pentastar V-6.