Fiat is introducing a new updated version of their Grande Punto at the Frankfurt Motor Show later this month. This car is not slated to be sold in the US at this time but there is always a possibility the chassis could be used here for a Ford Focus size competitor.
Update: Car and Driver Magazine, in their October 09 issue, has named the chassis of the Punto Evo as underpinning the new Dodge Caliber.

The big news concerning us in America is the new Punto Evo will have a 1.4L gas engine equipped with MultiAir technology. This revolutionary technology will make its way into Chrysler engines in the near future and it will be interesting to see how this technology works in the real world.

Below is the official Fiat press release.


The Fiat Punto Evo, the evolution of the Grande Punto, will make its debut at the next Frankfurt Motor Show. It is destined to repeat the success of its predecessor and become the new pacesetter for innovation, safety and style, thanks to its many innovative features.

The epithet “Evo” identifies a level of car design that is capable of satisfying even the most demanding customers in terms of technology, driving pleasure and respect for the environment. 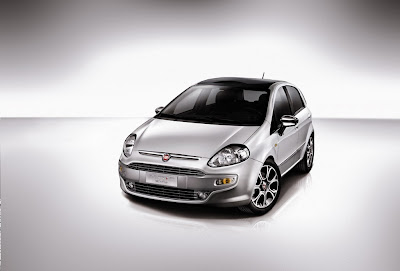 The Punto Evo expresses its technical excellence first and foremost through a wide choice of Euro 5 engines, including a 1.3 second generation Multijet diesel and a 1.4L petrol engine with the revolutionary MultiAir technology developed by Fiat Powertrain Technologies and eventually to be incorporated in all Fiat Group engines.

Fiat’s innovative and conventional power plants are also joined by dual-fuel methane and petrol units to create the most complete and ecological range of engines in the segment. With reduced consumption and emissions in mind, the new Punto Evo also offers Start&Stop, the system that switches off and restarts the engine in stop-and-go traffic. Start&Stop is being introduced as standard on all Euro5 petrol and diesel engines.

Another system making its first appearance on the Punto Evo is “Blue&Me–TomTom”, the new portable satellite navigation unit that lets you manage telephone, navigation and information functions on a practical color touch-screen.

In the area of safety, the Punto Evo sets new standards thanks to 7 airbags, including a driver knee airbag. The Punto Evo is one of very few cars in its segment with a driver knee airbag fitted as standard on all versions. Other innovative safety systems are also available, including Hill-Holder to help with hill starts, adaptive 'cornering' front fog lights that switch on automatically with dipped headlights according to the angle of steering, and Fiat’s tried and tested ABS, EBD (Electronic Brake force Distribution) and ESP (Electronic Stability Program) systems. 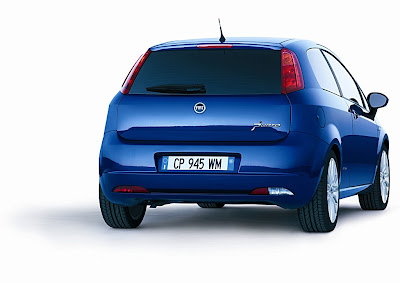 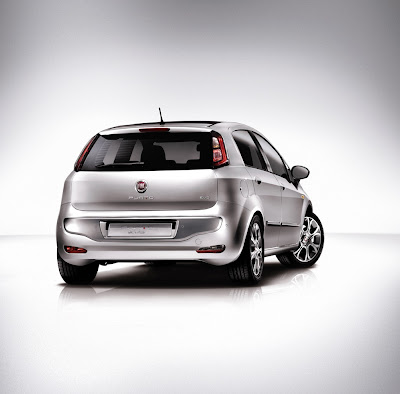 
Finally, the new Punto Evo is even more attractive thanks to the work of Fiat’s Centro Stile. The interiors (fascia, seats and instrumentation) have been completely renewed to become even more prestigious and elegant, and the outside has been given a thoroughly restyled look too.

The Fiat Punto Evo goes on sale in the second half of October with the precise objective of consolidating its role as one of Europe’s market leaders in the highly important compact segment. 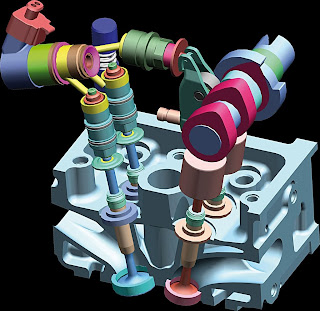 The Punto Evo expresses its technical excellence first and foremost through a wide choice of engines Euro 5, including petrol units equipped with the revolutionary MultiAir system and second generation Multijet diesels.

Developed and patented by FPT – Fiat Powertrain Technologies – MultiAir technology will gradually be adopted by all engines fitted to Fiat Group cars. The heart of MultiAir is a new electro hydraulic valve management system that reduces fuel consumption by controlling air directly via the inlet valves (without using the throttle). MultiAir reduces emissions (thanks to improved combustion control) and also improves performance by boosting both power and torque.

Similar results have been achieved in diesel versions thanks to the adoption of second generation Multijet units across the range. These engines incorporate new common rail injectors that, thanks to a balanced hydraulic servo-valve, control the quantity of fuel injected into the combustion chamber with improved precision, and in a faster and more flexible sequence than in the past.

The choice of engines available for the Punto Evo is the most complete and ecological in this market segment, and even includes two alternative fuel engines, a methane and an LPG unit.

The new Punto Evo is even equipped with the latest version of the Blue&Me system. “Blue&Me–TomTom” is a fully integrated infotainment system that lets you manage telephone, navigation and information functions on a practical color touch-screen. The system is the result of a partnership between Fiat Group Automobiles and TomTom, European leader in portable navigation systems, and integrates with the car’s other systems thanks to the Blue&Me system developed in conjunction with Magneti Marelli.

The new system also incorporates “eco:Drive Info” for real time information on your driving style and useful suggestions for reducing environmental impact and optimizing consumption by changing gear and using the accelerator to suit the nature of the route.

Respect for the environment

At Fiat, innovation means greater respect for the environment too. In fact, the environment is one of the main issues driving product development, and ensures that the Fiat range is the greenest in Europe. The Punto Evo is no exception to this rule.

In the same way the second generation of Multijet diesel engines also offers more accurate combustion, with benefits for consumption, emissions, NVH and drivability. This has been achieved through a new common rail injector that modulates fuel injection into the combustion chamber and gives, for the Euro 5 engines, an improvement of around 2% in consumption and CO2 emissions on the homologation cycle, and a reduction in NOx emissions of up to 30%.

Still with reduced consumption and emissions in mind, the new Punto Evo will also offer Start&Stop, the system that switches off the engine when you stop and restarts it for you to move off again (at traffic lights for example). Start&Stop will be standard on all Euro5 petrol and diesel engines.

The methane-fueled engine is not only the most ecological dual fuel engine in segment B, producing only 115 g/km of CO2, but is also the most economical thanks to record running costs of under 4 Euros per 100 km. Among other advantages, methane-fueled engines benefit from the highest government incentives in Italy: 5,000 Euros if combined with a contribution for scrapping your old car.

Then there is the LPG-fueled version, developed using Fiat’s longstanding experience in alternative fuels to respond to the extraordinary growth seen in this market. The Punto Evo GPL boasts record autonomy of 1,500 km in the extra-urban cycle, and running costs up to 50% lower than a petrol equivalent.

The Punto Evo is designed and built to achieve the highest levels of safety. The model boasts a large number of safety systems (standard or optional depending on market and version) starting from those dedicated to passive safety: 2 front airbags, 2 front side airbags, 2 window bags and a driver knee airbag (the Punto Evo is one of the few cars in this segment on which this device is standard on all versions).

The Punto Evo is also one of the few cars in its class equipped with adaptive 'cornering' front fog lights that switch on automatically with dipped headlights according to the angle of steering. And don’t forget that the new Punto Evo also guarantees constant and reliable road holding thanks to electronic dynamic control systems for braking and steering. The ABS system that is available across the complete engine range incorporates EBD (Electronic Brake force Distribution), ESP (Electronic Stability Program) and Hill-holder to help with hill-starts. 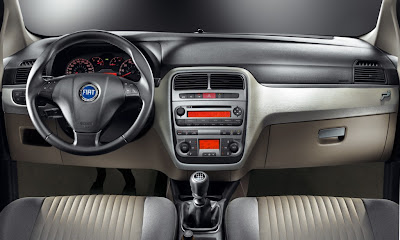 The interior of the 2008 Fiat Grande Punto 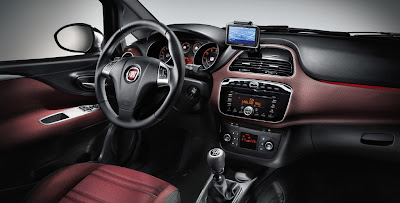 The interior of the new Fiat Punto Evo


The Punto Evo is more stunning than ever thanks to the work of Fiat’s Centro Stile. In particular, the interiors of the new model have been completely redesigned to represent the most evolved expression of Italian style, with top quality materials and superb attention to detail. The result is a bright and elegant cabin with completely renewed fascia, seats, storage compartments and instrumentation. 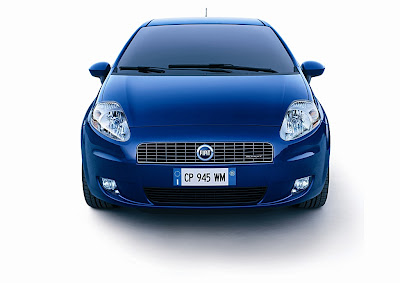 Front of the 2008 Fiat Grande Punto 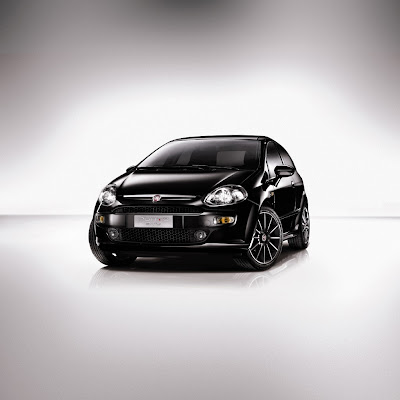 
On the outside, both the front and the rear have been thoroughly restyled, as shown by the attractive lines of the new bumpers and the incorporation of innovative and original headlights and taillights. The latest design has also “stretched” the car to a total length of 406 centimeters, so that its winning characteristics of driver and passenger comfort remain unchanged. The other external dimensions remain the same, with a width of 169 cm, a height of 149 cm and a wheelbase of 251 cm.

Complex control systems using valves requires an automatic control based input of an actuator. The actuator strokes the valve allowing the valve to be positioned accurately and allowing control over a variety of requirements.