Fiat/Chrysler merger: What's it going to be... 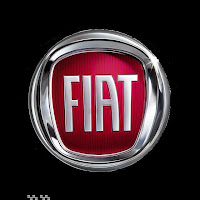 With one day for Fiat and Chrysler to finalize their alliance, no one knows what the outcome will be. The Obama administration has given Fiat and Chrysler until April 30 to finalize an alliance in order for Chrysler to receive an additional $6 billion in loans. Currently Chrysler has received $4 billion to remain in business. If they don't reach an agreement, Chrysler will go into bankruptcy.

In the proposed alliance, Fiat would take an initial stake of 20 percent in Chrysler in exchange for giving the U.S. company access to its cutting edge small-car and engine technology. It could get 15 percent more by achieving government-set milestones. Fiat has an option to then purchase a majority interest in the company after all government loans are repaid.

On Sunday, the UAW and Chrysler had reached a significant labor agreement that will save $240 million per year in operating costs. The UAW also struck an agreement that gives the union's Voluntary Employee Benefit Assn. (VEBA) health-care trust fund $4.5 billion in Chrysler stock, or about 55% of the fund's total financial backing. A VEBA representative will also hold a seat on Chrysler's board of directors.

The Union has yet to ratify this deal but it is expected to pass when it is voted on today.

Late Monday, the major bank and private equity lenders that hold 75% of Chrysler's $6.9 billion in debt agreed with the White House auto industry task force and Chrysler owner Cerberus Capital Partners to take just $2 billion of what it's owed, along with 5% of the company's equity.

The big hold up, though, is a group of 40-46 smaller banks, that collectively hold 25% of the debt, also need to sign on to the agreement. This agreement would have these smaller banks taking what amounts to 30 cents on the dollar. If Chrysler goes into bankruptcy, it is speculated these banks would get closer to 65 cents on the dollar. The White House is looking for at least 90% participation by the lending banks before signing off on the additional $6 billion in additional government financing.

Unless the White House extends its deadline, Chrysler will go into bankruptcy. But will that be the end?

Maybe not. It has been reported that Fiat will be interested in purchasing Chrysler assets and still have some alliance with what is left of Chrysler. These assets could be purchased on favorable terms, so Fiat, who is not cash rich at the moment, could still come back into the US economically.

Email ThisBlogThis!Share to TwitterShare to FacebookShare to Pinterest
Labels: Merger